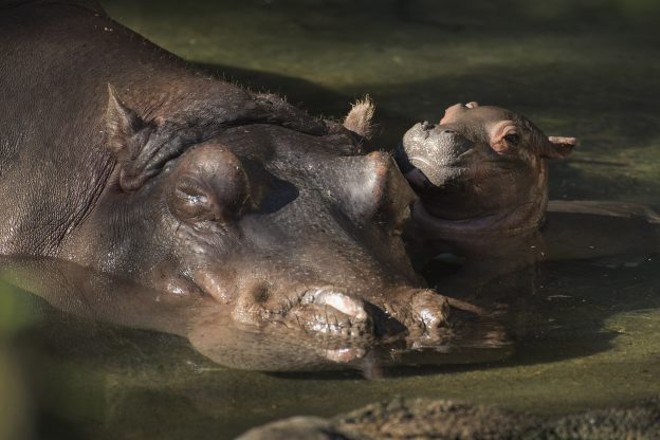 Disney's Animal Kingdom is celebrating the birth of another family member.

Disney recently announced that a newborn Nile hippopotamus, which doesn't have a name yet, was born at 10 p.m. Saturday night. The new addition is the first hippo born in the park in 13 years.

The newborn calf and her mom, Tuma, are getting plenty of time to nurse and bond. Due to this, the calf's gender and weight are unknown. However, an average baby calf is born weighing anywhere between 60 to 110 pounds.

Since the Nile hippopotamus is considered a vulnerable species with a declining population, it was a proud moment for everyone. Henry, the father of the calf and Tuma were picked through the Species Survival Plan, which is apart of the Association of Zoos and Aquariums.

You can see Tuma and her calf on Kilimanjaro Safaris, and also during the Wild Africa Trek experience in Animal Kingdom.