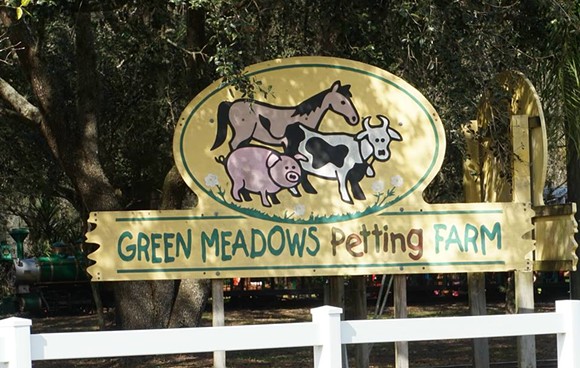 Attracting nearly half a million visitors per year the Kissimmee farm is one of the most popular petting zoos in the nation. The educational farm is a popular field trip spot and employed 20 full-time people.

January 18th will be its final day at the current location. The post explained that for the past 27 years the farm has been renting the 40-acre plot it’s on, and the property was recently sold.

The buyer has yet to be identified.

The farm is looking to relocate within the area. "Currently we are exploring multiple options for our new location. As nothing is confirmed, we are refraining from naming any specific places. We do plan to stay in the Central Florida/Osceola County area so we can continue to serve our community," reads a statment on their Facebook page.

Property manager Hilda Hernandez explained to the Osceola News-Gazette that they were only given just over a two-week notice to vacate the property which houses roughly 300 animals. A new location does look to be in the works with a hopeful opening by this fall.  Housing for the animals, including Elmer the Asian water buffalo and Ugmo the dwarf cow are still being secured.

The Kissimmee location is by far the most well known, but there are actually seven other Green Meadows Farms across the country and a sister attraction, Mulberry Lane Farm, in Wisconsin. There’s no word on if any of those farms will be receiving any of the Kissimmee animals. The farms were started in 1964 in Waterford, Wisconsin. Owners Bob and Coni Keyes eventually built a farm for each of their children. Dan, the oldest child, operates the Kissimmee location where the elder Keyes spent their twilight years.

Until the 18th, the farm will be offering half-off admission. Tickets can be purchased on site. Annual passholders will have their passes honored at the new site with the amount of time equal to the closed time added to their pass. Groupon purchases must be used before the 18th, or speak to Groupon about a possible refund.

Green Meadows Farm will be sharing information on their new location and other developments via their Facebook page.