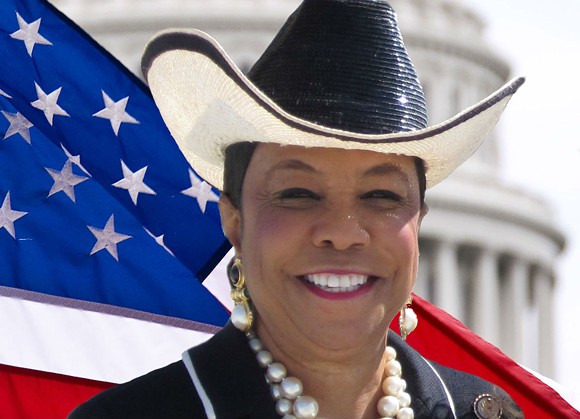 The Miami Democrat and Trump feuded last year over a condolence call made by the president to the widow of U.S. Army Sgt. La David Johnson, who was killed last year in Niger. Wilson said Trump had a hard time remembering Johnson's name on the call and told Johnson's widow her husband "knew what he signed up for, but it hurts anyway," according to the New York Times. Trump and White House Chief of Staff John Kelly attacked Wilson despite Johnson's widow corroborating her version of the call.

Not only has @realDonaldTrump revealed himself to be an insensitive, bigoted racist to people and countries of color, today he reminded us that he will lie to the American public to save face. 1/3

In a statement, Wilson says this will be the first time she doesn't attend the president's State of the Union address since she was elected to the House in 2011. Wilson adds:


"I have no doubt that instead of delivering a message of inclusivity and an agenda that benefits all Americans, President Trump's address will be full of innuendo, empty promises and lies.

During his disappointing and destructive first year in office, Mr. Trump has demeaned the presidency at every opportunity and cast doubt on our nation's standing as a global leader. The United States' reputation is smoldering in the ashes of his recent racist and incendiary remarks about Haiti and African nations.

Many of his proposed domestic policies are harmful to people of color, low-income communities and the middle class.

It would be an embarrassment to be seen with him at a forum that under any other president would be an honor to attend."

Other Democrats boycotting Trump's State of the Union address on Jan. 30 include Reps. John Lewis, Maxine Waters and Earl Blumenauer.