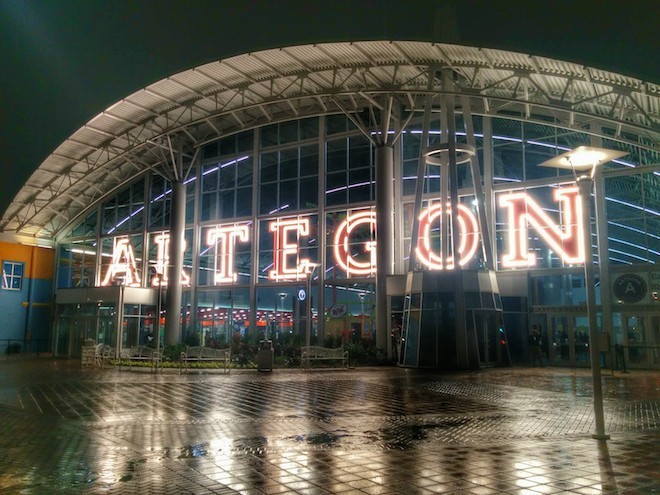 Artegon Marketplace, the failed experimental shopping center known as the "Anti-Mall," was bought today by a Miami developer.

According to the Orland Sentinel, South Florida company Dezer Development closed the deal this afternoon with Artegon's owner and operator, Lightstone Group, which abruptly closed the mall nearly a year ago leaving almost a hundred businesses without a home.

Dezer Development has been behind quite a few major projects like the Porsche Design Tower, Residences by Armani/Casa and six Trump-branded towers, according to the company's website.

The Miami Herald reports the Trump Organization didn't own or build the projects made by Dezer Development, but Donald Trump did receive fees – his financial disclosure forms from 2014 and 2015 showed he received between $100,000 and $1 million in royalties from licensing deals with Michael Dezer, who founded Dezer Development.

Gil Dezer now leads his father's company, and the Herald reports the younger Dezer backed Trump during the 2016 election.

Dezer Development came under scrutiny last year after Brazilian authorities accused a Brazilian contractor of laundering $4.1 million to the U.S. through Dezer Development's licensing deal with another company on Porsche Design Tower Brava, according to the Miami New Times. The Times reports there is no indication that Dezer Development itself is under investigation, and that the company is cooperating with Brazilian officials.

Regarding Artegon, not a lot of details were released about the purchase, but Cinemark Cinemas, Bass Pro Shop, Fudruckers and Orlando Putting Edge will remain open. The mall’s structure will remain on the incredibly valuable lot, but will is expected to be turned into an attraction similar to Fort Lauderdale’s Xtreme Action Park or a car museum, reports the Sentinel.

The Lightstone Group purchased the mall in 2011 for $25 million.