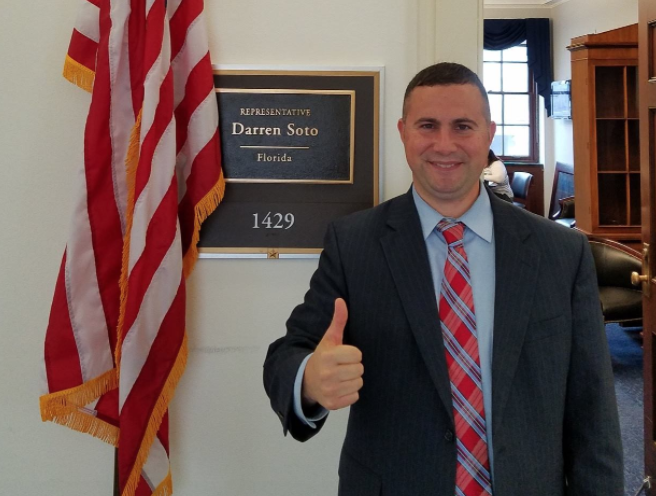 Orlando Rep. Darren Soto is in the hot seat.

Over the weekend, Soto was caught on tape telling a group of Hurricane Maria evacuees from Puerto Rico to say they intend to stay in Florida – whether they plan to or not – so that they’re able to access the state’s health care benefits.

If the evacuees do not check the box on a federal form for Medicare and Medicaid, they would be deemed ineligible to be recipients of those programs.

“You’re going to be asked a question: Do you intend to stay?” Soto said in front of room of evacuees. “I urge you to say yes, for now, because otherwise you’re going to get rejected and then you’re going to find yourself without health care.”

In a statement to WFTV, in which Soto responded to comments saying he had attempted to commit fraud, he says, “I do not encourage anyone who is planning to leave our state to falsely claim otherwise. Many recently arrived Puerto Ricans have a high probability of staying in Florida. The intent of my statement was to encourage them to err on the side of caution and declare their intent to stay if they are in doubt about their future plans.”

Lying on federal forms is a criminal offense that’s punishable by up to five years in prison.