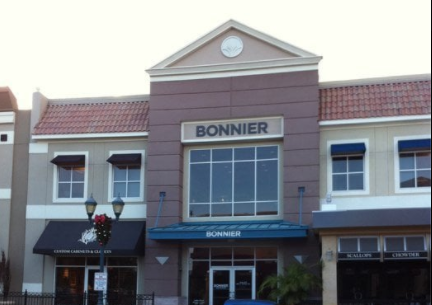 Today print magazines suffered another painful public slashing at Bonnier Corporation*, based in Winter Park. Five of the publisher's magazines were closed altogether, and the flagship Saveur, long the best-known among Bonnier's dozens of special-interest titles, was gutted.

An e-mail was sent at 10 a.m. from CEO Eric Zinczenko to employees letting them know that 70 people would be laid off. The announcements to individual employees would be complete by noon. Employees waited two hours to see if they would be called in by senior management to have their position eliminated.

The former giant of print media, formerly World Publications, has shrunken to a shadow of its former self. At one point the owner of over 100 titles, Bonnier Corporation announced today that it would close five magazines, including two legacy water-sports titles: Baggers, Dirt Rider, WaterSki, Wakeboarding and Sport Diver.

In total, 30 employees in the Winter Park office were let go (adding to the layoffs it made right before Christmas), and another 40 in its other offices, amounting to 17 percent of its total workforce. Bonnier's total employee count is now 350.

According to sources, uniformed police were retained in case the announcements "got ugly."

Another casualty of the layoffs included the New York-based staff of Saveur magazine, one of the original voices of food and travel journalism. Editor-in-chief Adam Sachs was sacked, as well as much of his editorial crew. In 2016, Saveur reduced its frequency from nine times per year to six. Now, it will publish quarterly.

Saveur was the first magazine to understand the profound truth that food writing and travel writing are the same thing, even close to home, and that the best version of it is not about products or restaurants, but about people

Though public interest in food and travel has exploded, Saveur has sadly languished in recent years. Bonnier closed its Travel Group publications, excluding Islands.com, in 2016.

*Holly V. Kapherr was formerly employed by Bonnier Corporation from 2011-2016.