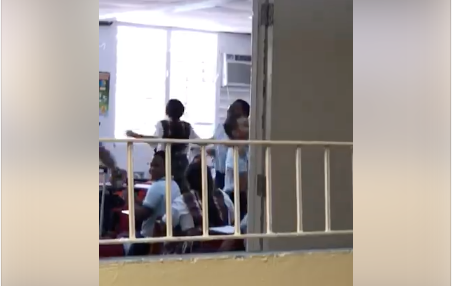 Students and teachers at a Puerto Rico school jumped and screamed in rejoice as the power finally returned to their building more than 112 days after Hurricane Maria left the island without electricity.

Many residents on the U.S. territory still remain in the dark more than four months after the storm knocked out Puerto Rico's electrical grid. The lack of power, potable water and damaged buildings made it hard to run schools, hospitals and workplaces. MSNBC reports at least one school in every city on the island still has no electricity.

The viral video that captured students' reactions in the moment was released by Academia Bautista de Puerto Nuevo, a private school in San Juan.

"After 112 days, THE POWER IS BACK!" school officials wrote on Facebook. "Undisputed joy from all of us who make up ABPN. We thank all of the parents, students and staff who have stayed and continued to support us throughout this situation."

Many have called the video "heartwarming," but it's actually pretty enraging if you think about it – for months, these students have sat in classrooms without air conditioning and studied in the dark. Can you imagine Florida students going to school without air conditioning in the middle of a humanitarian crisis? Our fellow U.S. citizens in Puerto Rico don't deserve to wait that long for basic electricity.