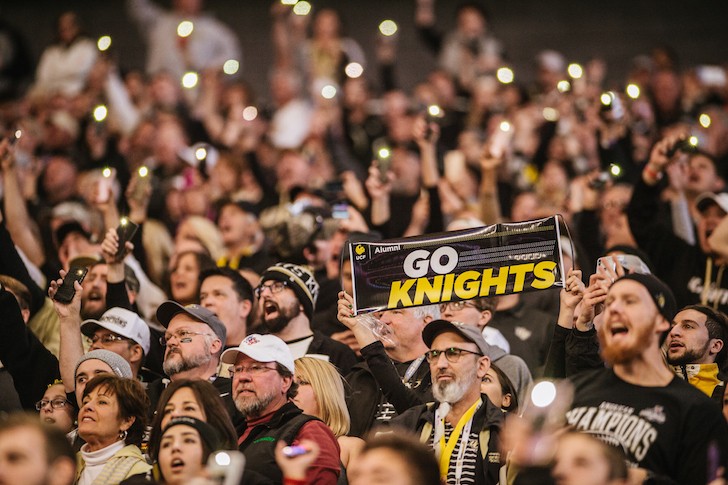 For the past few weeks University of Central Florida fans have been trying to get some type recognition for their perfect 2017 football season.

This has lead to a movement within the Florida legislature to get a bill passed allowing for specialty license plates claiming UCF as "national champions."

HB 1359, was filed last week by Rep. Jamie Grant, R-Tampa. The UCF plate is just one provision of his bill, which also aims to reform the whole process for creating new specialty license plates in Florida. Last year, Grant pushed a similar bill for to get a plate for his alma mater Auburn, but it failed to pass.

Rick Scott is just going to go ahead and declare UCF as national champions
By Xander Peters
Blogs
Although Alabama won this year's college football playoff, the UCF faithful have decided that they are the true champions because of their undefeated season (which is the only one of the year). Also, it's worth noting that UCF beat Auburn in this year's Chick-fil-A Peach Bowl, and Alabama lost to Auburn in the regular season.

The bill would create specialty plates for Auburn University as well, making them the first out-of-state college to have one in Florida.

Right now, there are 135 specialty plates under Florida law, and the bill would require 3,000 customers to pre-order a new specialty plate before the mass-production of these plates starts.