The young Kaia Kater was the latest feature in the second season of the bright, intersectional Women in Song series by the Orlando Philharmonic. On paper alone – a biracial Québécoise of African-Caribbean descent – she comes with the automatic potential to be one of the most distinctive and current figures in folk music today. But it’s her talent that makes it actual.

This appearance was Kater’s first ever time to Florida, professional or otherwise. For it, she performed a set of songs that ranged from original to traditional to ones written by family members with ties to Canadian folk music. With just accompanist Andrew Ryan on double bass, the glow of her old-time banjo style and jazz-worthy voice had appropriate space to radiate. As is the signature of the Women in Song series, she got the orchestra treatment with a four-string quartet from the Orlando Phil (including conductor Eric Jacobsen himself) to give her full wing for a four-song stretch. 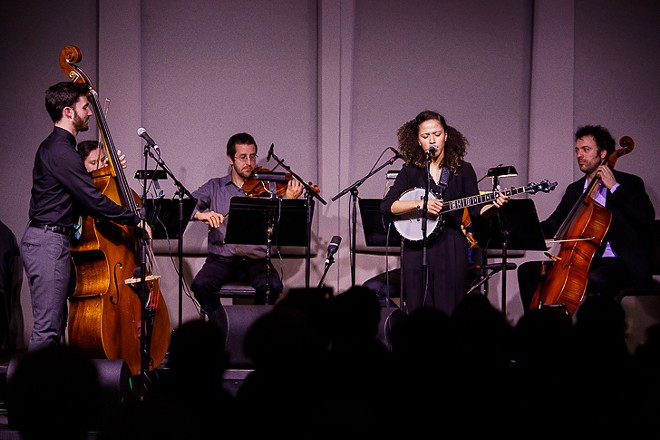 While many take the same exact tools and spin cute, fresh-faced sugar – or worse, novelty – Kater keeps the haunt of the hills in the marrow of her expression, no doubt the result of her years spent studying music in the heart of Appalachia. Her grasp of the American roots is deep and authentic, capturing not just its simple grace but also its harrowing undercurrent. Although undeniably fresh in sound, her music’s got old, ungentrified soul. And like the best, truest folk music has always done, it mines the diamond that emerges from the crush of this mortal coil.

Forget about what the predominantly white male face of popular folk music tells you. From her seemingly modern lens of a person of color, Kater actually has more access to the traditional folk perspective that comes from the real rather than the ideal. And she aims it point-blank at contemporary street-level social issues like in “Rising Down,” a song influenced by Black Lives Matter that she dedicated here to gone-too-young activist Erica Garner. 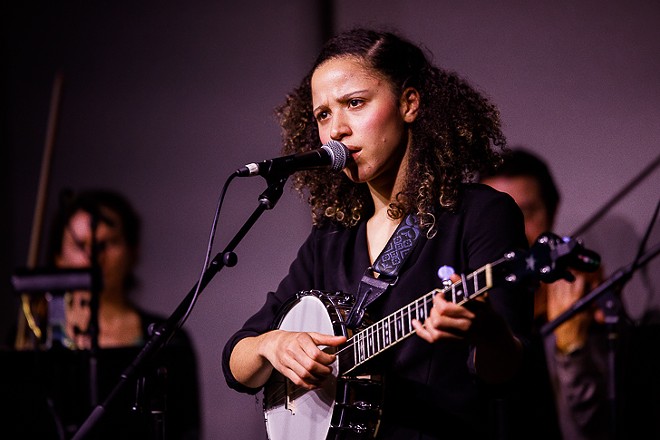 In today’s landscape, Kater’s voice isn’t just timely, it’s necessary. Being young, black and female makes her a triple threat of relevance. But being excellent is what makes her an imperative. And in easily one of the best editions of the Women in Song series yet, Kater showed that she’s as next as it gets.