Mickey Mouse might be losing his voice in Orlando 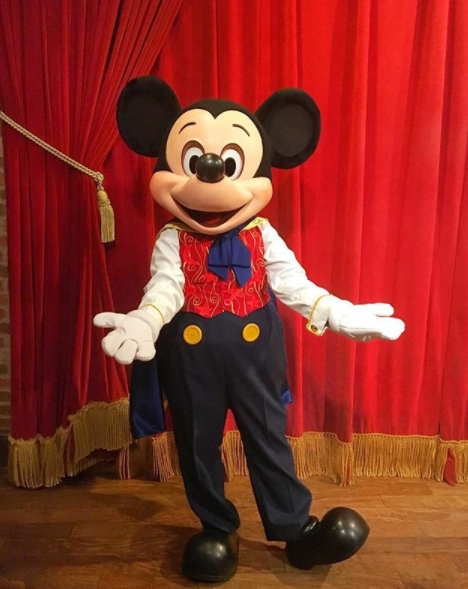 There are now strong indications that the popular "Talking Mickey" meet-and-greet at the Magic Kingdom will be ending this May.

The interactive Mickey Mouse debuted at the Magic Kingdom in 2013 after testing at Disneyland for around three years. Guests join Mickey in his dressing room at the Town Square Theater where they play a short game, or do a magic trick with him.

Similar to the Monsters, Inc. Laugh Floor, or the Mystic Fountain at Islands of Adventure, the talking Mickey requires a backstage cast member to lead the conversation on top of the on-stage friend of Mickey and handlers. This extra staffing might be part of the reason why the high-tech meet-and-greet is now being canned.

While current Disney leadership is known for its penny-counting others, point to the inconsistencies between the Town Square Theater Mickey and other Mickey meet-and-greets across . Only the Town Square meet-and-greet features the talking characters. Some have theorized that the lack of consistency between Mickeys across Walt Disney World might be confusing to some guests who meet one Mickey that can have a conversation with them, while others just nod and wave.

The Talking Mickey is part of the Living Character initiative that has rolled out a number of interactive characters in recent years including a life-size Remy the Rat and a Muppet-themed float that puts on small shows.

Recently, rumors have pointed to new interactive Cars characters, but for now, those characters look to be only coming to California. At Disneyland in California, Talking Mickey was joined by a talking Minnie and Donald Duck for a short-lived meet-and-greet this past fall.

The Town Square Theater is not a theater the lobby and meet-and-greet are themed to one. With the new the thought is that guests might be confused with two different Main Street buildings both with ‘theater’ in the name. The remodeling, if it does take place, would require the backstage theme of the current Mickey meet-and-greet to be updated to match the new theme of the building.

There are numerous rumors that point to more interactive characters being rolled out at WDW in the coming years as we head towards the 50th Anniversary. Updates that allow for more remote control of the characters, possibly via a central control center, is also rumored. That supposed update will be tied to interactive characters that will be part of the Star Wars: Galaxy’s Edge land at Hollywood Studios.

For now, though, it looks like the most interactive character experience at Walt Disney World is going away, at least for the time being.