With new construction walls up at Magic Kingdom, could this be the first sign of Club 33? 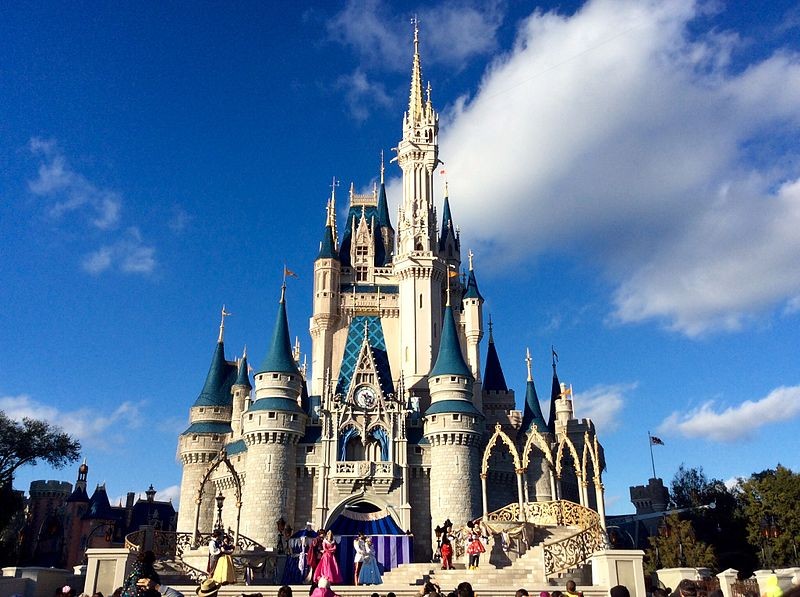 The original Club 33 is hidden in the New Orleans Square section of Disneyland. There are also locations within Tokyo Disneyland and at the Shanghai Disney resort.

While Disney has confirmed that the members-only club will be opening locations in each of the four Orlando theme parks, no locations have been confirmed.

Since the announcement in April, there has been much speculation on where the clubs will be located. At Kingdom, the club will likely take over a part of Tiffins, possibly even completely taking over the Nomad Lounge.

At Epcot, the popular contender is the lounge in The American Adventure, which is often used as a unique events space during the various festivals hosted in the park. The former Catwalk Bar, at Disney’s Hollywood Studios, is likely where its Club 33 is going. This space can share a kitchen with the Brown Derby restaurant, one of the nicer dining menus at DHS.

Over at the Magic Kingdom, there have been many questions about where the lounge might be going. The Town Square Theater, Tortuga Tavern, and The Diamond Horseshoe have all been floated as possible locations, but the most popular choice seems to be the Skipper Canteen in Adventureland. This is the newest sit-down restaurant to open within the Magic Kingdom. It has multiple breakout rooms rarely used, and it is centrally located within the park. The Club 33 location within the Skipper Canteen may include balcony viewing of the parade route and castle shows.

Construction walls have now appeared in this location. The walls stretch past the entrance gate to Adventureland and along the pathway to nearly the hub. In reporting on the new construction walls on Coaster Addict Richard Rock states that "it appears that it is possible that many current cast members are transferring for Club 33 training." If this is the case, it points to the clubs opening much earlier than the 2021 opening some were expecting.

No other construction walls have been spotted near any of the other possible Club 33 locations across the resort, but it is likely that the Magic Kingdom location will be the first to open.

All four sites are expected to have membership dues similar to those at Disneyland’s, which is reported to include a $25,000 one-time membership fee and $12,000 in annual dues. Membership to Club 33 is very limited, and members have been known to wait upwards of a decade to join the club.

All four lounges are expected to be open by the 50th Anniversary in 2021, with most opening well before that.