A 'take a knee' protest, march and rally is planned for Orlando's Pro Bowl 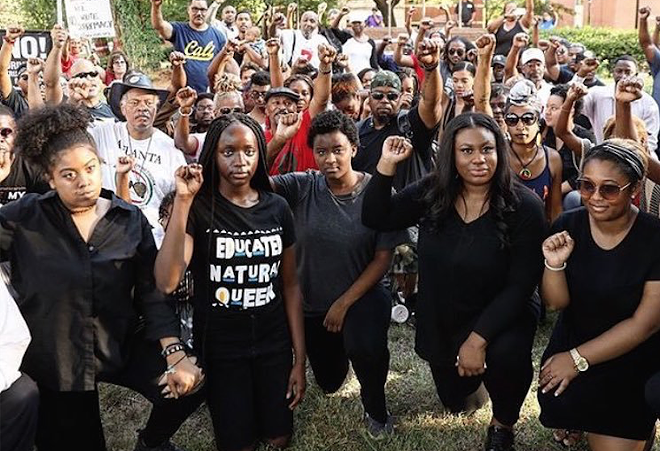 In an effort to show solidarity for victims of police brutality, protesters will be taking a knee outside of the Orlando Police Department during the 2018 Pro Bowl in Orlando.

Organized by the National Action Network, and a number of other activist groups, the Take a Knee for Justice protest will take place Sunday, Jan. 28, at 1:30 p.m. at OPD Headquarters (1250 W. South St.) and will then march three blocks down South Street to Camping World Stadium.

The purpose of the rally is to "harness the energy of nationwide protests into a direct call to End Police Brutality and to bridge the gap of mistrust between community of colors and law enforcement."

"The ongoing failures with the Orlando Police Department are alarming and unacceptable," said Lawanna Gelzer, President of the National Action Network Central Florida Chapter, in a statement. "The community demands accountability, and now it is clear that we must Take a Knee for Justice."