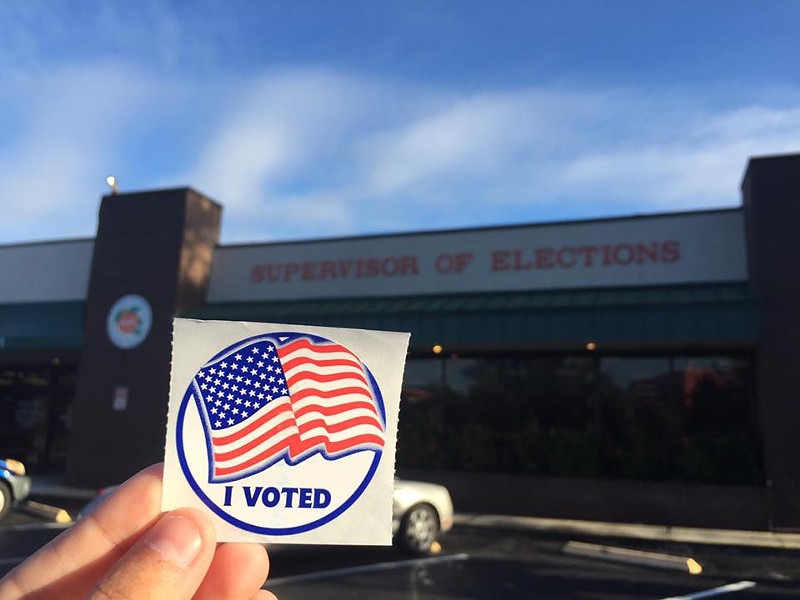 Floridians will get to decide this November on restoring the voting rights of about 1.5 million formerly convicted felons who are permanently banned from voting.

The "Voting Restoration Amendment" will appear on the ballot this fall as Amendment 4. The measure would automatically restore the voting rights of Floridians with felony convictions after they have completed all terms of their sentence, including parole or probation. The amendment does not apply to those convicted of murder or sexual offenses – those people would continue to be permanently barred from voting unless the governor and  Cabinet decide to restore their voting rights on a case-by-case basis.

Desmond Meade, of Orlando, and Floridians for a Fair Democracy, gathered 799,278 signed petitions, according to the Florida Division of Elections website. To get on the ballot, the initiative needed 766,200 valid signatures. If approved by 60 percent of Florida voters in November, the initiative will be added to the Florida Constitution.

"Voters took matters in their own hands to ensure that their fellow Floridians, family members, and friends who’ve made past mistakes, served their time and paid their debts to society are given a second chance and the opportunity to earn back their ability to vote," Meade said in a statement.

The history of Florida's restrictive voting laws for former felons are obviously racist – you can trace them back to Jim Crow laws that tried to prevent African Americans from voting, according to a report from the Brennan Center for Justice. Florida is one of three states along with Iowa and Kentucky that permanently bars former felons from voting, giving the Sunshine State one of the highest rates of disenfranchisement in the country. The Brennan Center estimates that out of the group of a million and a half people who lost the right to vote, about 33 percent are black, even though African Americans make up just 16 percent of Florida's population.

Currently, certain former felons who would like to have their rights restored must appeal before the governor and Cabinet in a clemency process. Former Gov. Charlie Crist helped streamline the process by automatically restoring the voting rights for people with nonviolent felony convictions. But starting in 2011, Gov. Rick Scott eliminated Crist's reforms and made the clemency process increasingly difficult.

"Restoring a person’s ability to vote gives them an opportunity for redemption and a chance to be full members of their community," said  Leon County Sheriff Walt McNeil, former Secretary of the Florida Department of Corrections, in a statement. "Studies by the Office of Offender Review show that people who earn the ability to vote are less likely to commit crimes in the future. By helping people become responsible citizens, we create safer communities."