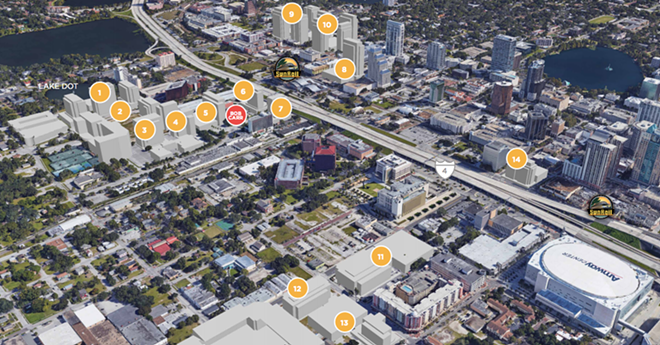 The Orlando Economic Partnership released details this afternoon from the region's failed bid for Amazon's secondary headquarters, HQ2, and it involves plenty of free land, tax incentives and even solar arrays in the shape of the company's logo.

The proposal was divided into four regions for Amazon to choose from, which included downtown Orlando's Creative Village, Tavistock’s Lake Nona and Sunbridge areas, NeoCity and the Tupperware campus. Or, if Amazon felt so inclined, a combination of all four.

Orlando loses bid to become Amazon's second headquarters
By Monivette Cordeiro and Colin Wolf
Blogs
Orlando really put it all out for Amazon, citing the region's talented workforce, available land, and commitment to digital infrastructure. At one point the proposal says, "We're lit." It's true.

Here's one of the videos from the proposal:

However, there were a couple of sections of the proposal that we thought were a little strange, like when it stated that we have a functioning and worthwhile public transportation system, and that Orlando has a very affordable, low cost of living, which it most certainly does not.

"Orlando’s low cost of living and pro-business climate is a benefit to your payroll and your employee’s paycheck. Orlandoans can achieve a higher quality of life on a smaller dime compared to other large metros."

Much of the incentive information has been redacted because "given the fact that a Florida community is still in the running to land Amazon’s second headquarters, the state of Florida economic incentive information has been redacted to protect the on-going competitive nature of the project," according to a statement the Orlando Economic Partnership.

Here are the highlights from the 142-page proposal:

DOWNTOWN:
The City of Orlando made a hard pitch to get HQ2 in Creative Village, calling it “100 percent city-owned and shovel ready.” In the proposal they offered nearly $400 million in tax incentives and waived fees, as well the 41-acre Creative Village site. The land value alone was estimated to be worth over $25 million.

Highlights from the Downtown Orlando plan: 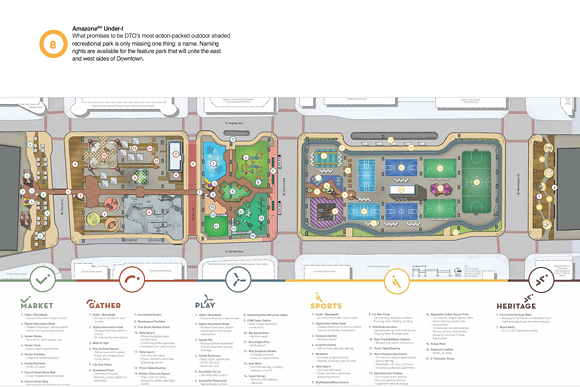 Highlights from the Tupperware plan:

Highlights from the Lake Nona and Sunbridge plan:

NEOCITY:
Situated near downtown Kissimmee and Lake Tohopekaliga, NeoCity was originally known the “Osceola Tech Farm,” The 500-acre research park is “in a highly connected, infrastructure-rich environment surrounded by an eco-friendly atmosphere of parks, trails and water features,” according to the proposal. NeoCity is also home to BRIDG – reportedly the world’s first industry-led nonprofit consortium for advanced manufacturing technologies.

Highlights from the NeoCity plan:
View all of the proposals from Orlando Economic Partnership here.