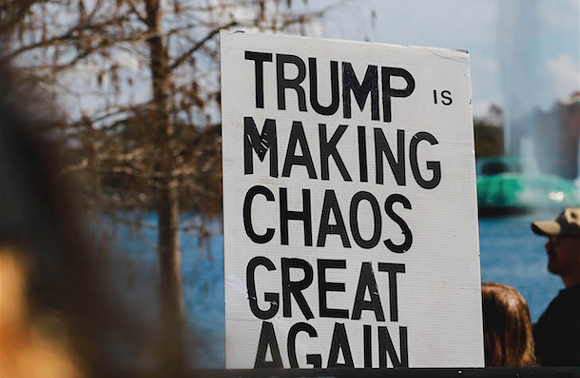 Yesterday, the New York Times published a story stating that back in June, President Donald Trump attempted to fire Robert Mueller but only backed off when members of the White House Special Council threatened to quit.

The story, which Fox News at first ignored, rebuked and then verified, has been refuted by Trump himself, who called it "fake news, folks," when approached by reporters earlier today in Davos for the World Economic Forum.

Mueller is leading the Department of Justice investigation into whether or not the president, or his advisers, have broken the law. Since last June, Mueller has either indicted or secured guilty pleas from four of Trumps' former insiders. The investigation doesn't seem to be letting up anytime soon, and will more than likely cause Trump to do something rash (because you know, he has nothing to hide).

Since firing Mueller isn't something beyond our volatile child of a president, organizers with MoveOn.org have a plan in place for the day this inevitably happens.

If and when Mueller is fired, a nationwide protest called "Nobody is above the law" is already set to happen. Currently in the Orlando area, nearly 1,000 people have already RSVP'd for a protest at Marco Rubio's downtown office at 201. S. Orange Ave.


Rallies will begin hours after news breaks of a Mueller firing:


Enter your zip code here to find an event near you, or you can create one if none exists.