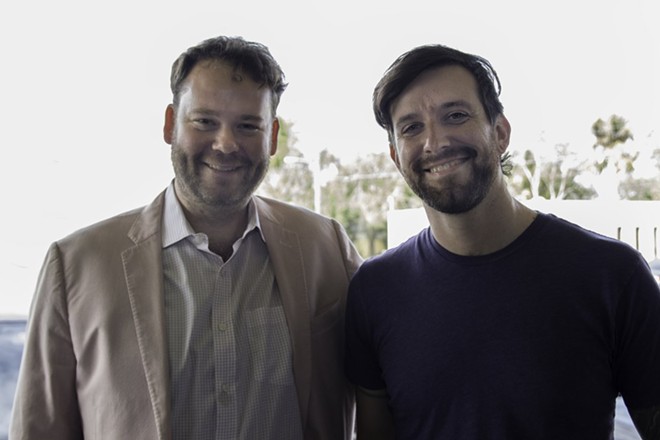 We told you back in December that Cavanaugh's would undergo a thorough rebrand with a new concept and name.

That new name is Digress Wine and the new concept is that of a "casual and welcoming neighborhood wine bar and bottle shop that champions artisanal producers from around the world."

Chase and Kerney spent 10 years with distributors Augustan Wine Imports before breaking off on their own. Digress, they say, will be inspired by their travels to small towns in Italy, Spain and Portugal and they hope to stock wines that are obscure and, as Kerney says, "boutiquey."

As far as the space itself, the pair will build a bistro-style wine bar with concrete top, and the cellar will be redone to include a communal table for wine classes and tastings. In addition, a banquette will be installed in the main area along with lounge seating.

And what about that, umm, vintage carpeting? Chase assures us it will be ripped up in favor of a dark bamboo composite floor.

The exterior facade will also be given a refresh reflective of the rebrand.

Most of the work will be done after hours and on weekends, but Chase and Kerney anticipate closing for a couple of days before reopening as Digress Wine in late February or early March.

Other things we can look forward to: Special events with noted winemakers as well as pop-up wine dinners. Oh, and for all you beer drinkers, Kerney says the selection here will be "amazing."