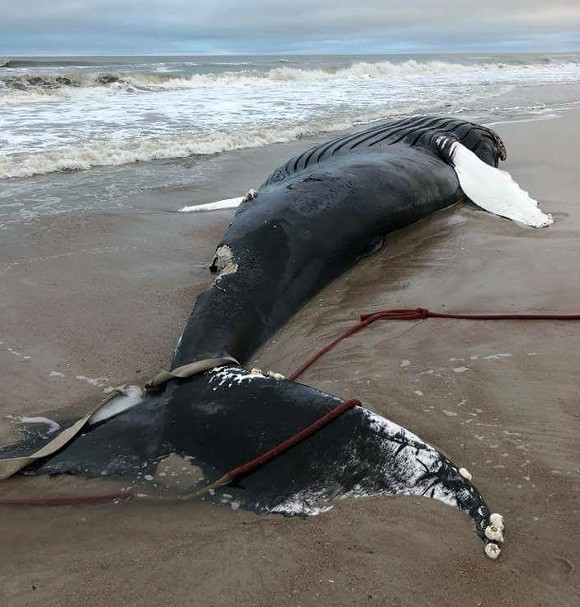 It's not a typical beach day when you come across a massive whale carcass.

On Sunday, Jan. 28, beachgoers on Fernadina Beach near Jacksonville stumbled on a 30-foot humpback whale, reports WFTV. Since the whale is just too damn big, officials have decided to leave it on the beach and let nature take its course.

Though the cause of death has yet to be determined, the whale showed signs of being attacked by sharks and will receive a full necropsy today, says the Florida Fish and Wildlife Conservation Commission.

According to the International Union of Conservation of Nature, as of 2014 humpbacks are no longer considered an endangered species. Humpback whales can grow up to 60 feet in length.

Whoa. A viewer sent me these pictures of a whale washed ashore at Fernandina Beach. @ActionNewsJax pic.twitter.com/jMtnun7OaA