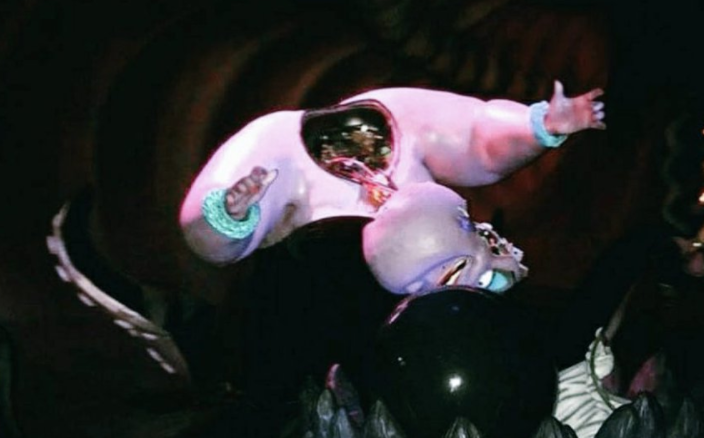 "We got no troubles, life is the bubbles under the sea," except for, of course, partially decapitated heads.

On Sunday, Jan. 28, Ursula's head dangled from her body in full view of guests riding Disneyland's The Little Mermaid: Ariel's Undersea Adventure attraction. See all that stuff inside, kids? That's why your robots never worked.

A guest caught the incident on video, which you can see below. In the clip you can hear a voice say, "It's broken!"

This happened today which caught me off guard because Disney is usually so critical over things like this😂 #offwithherhead ! pic.twitter.com/biGGYG6ec2

Friend: Did you see what happened to Ursula's head?

As disturbing as it is, Ursula wan't the only head to roll at a Disney park last weekend. An auctioneer from the Pirates of the Caribbean attraction at Disneyland Paris also appeared headless.

Got a clearer picture taken with my DSLR. I know flash pictures are forbidden, but it was way to tempting 😜🙈 pic.twitter.com/OsZujdeG36