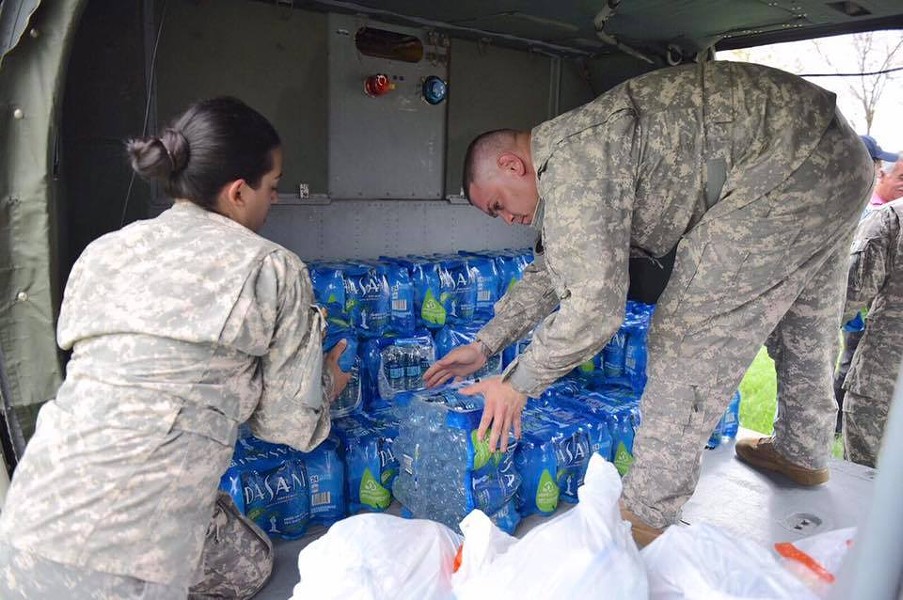 Florida lawmakers are blasting FEMA's decision to "officially shut off" the emergency food and water aid provided to Puerto Rico in the devastating aftermath of Hurricane Maria.

More than 133 days after the catastrophic storm, a third of residents on the U.S. territory remain without power, and some, without access to potable water. In a bipartisan letter signed by U.S. Sens. Bill Nelson, Marco Rubio and other Congress members, lawmakers say Puerto Rican families will continue to flee the island if their most basic needs of food and water are not met.

"Now is not the time to remove this life-sustaining assistance," the letter says. "Puerto Ricans in some parts of the island are struggling to make ends meet with limited access to food, water and other supplies. Many towns are still inaccessible by vehicle, making it difficult to distribute adequate supplies."

In a speech on the Senate floor Tuesday, Nelson called FEMA’s decision a "travesty."

"Cutting this aid to the people of Puerto Rico, almost a third of them who still do not have electricity, it's unconscionable," the Democratic lawmaker said. "I urge the administration to reverse this disastrous decision immediately and to continue providing the people of Puerto Rico with the help that they need as they are trying to recover from two disastrous hurricanes."

Rubio followed Nelson on the Senate floor, urging lawmakers not to forget about disaster relief for Puerto Rico, Florida, Texas and the U.S. Virgin Islands.

"Puerto Rico is a U.S. territory," Rubio says. "It is the responsibility of the United States. These are American citizens."

NPR reports FEMA has provided more than 30 million gallons of potable water and almost 60 million meals across the island in the four months after Maria. Ending that aid on Jan. 31 means the agency "believes the immediate humanitarian emergency has subsided," according to NPR. FEMA will turn over remaining supplies to the Puerto Rican government to distribute.

"The reality is that we just need to look around. Supermarkets are open, and things are going back to normal," Alejandro De La Campa, FEMA's director in Puerto Rico, told NPR.

"Now is not the time to cut off this life-sustaining assistance," Soto said in a statement. "If Florida, or other states, were facing similar situations as the island, there would be an outrage by members of Congress. We urge FEMA to reconsider; American lives are at stake!"