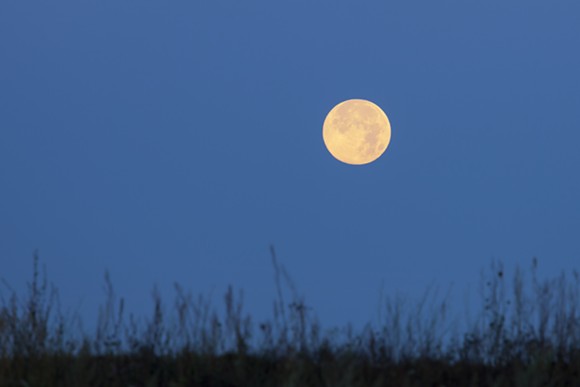 If you want to catch the rare "super blue blood moon" in Orlando you're going to have to get up pretty damn early tomorrow morning.

What's so special about this particular moon, besides the cool name? Well, essentially, it's a triple celestial event. The moon is "super" because its orbit will be as close to the Earth as it can get, which will make it appear 7 percent larger. It will be the second full moon in a calendar month, which makes it a "blue" moon. Also, there will be a partial lunar eclipse, giving the moon a reddish "blood" tint from sun beams peaking out from behind.

Unlike the solar eclipse, it's totally safe to stare at the moon. So, shades off.