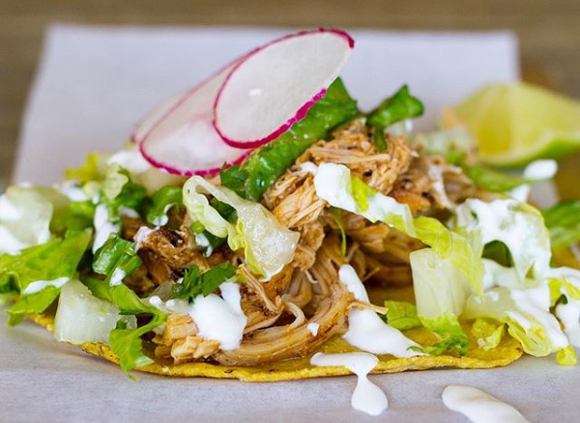 Within 10 days, three taco restaurants announced openings in and around downtown Orlando. These included expansions of Tin & Taco and Gringos Locos (literally 500 meters from each other, no less), plus a new Bento Group concept called Chela Tequila & Tacos. Ten days. If that's not #peaktaco, I don't know what is.

In our 2017 look-back issue, one section in particular of my story, "10 Orlando Food Trends We Hope Stay Behind In 2017," caused a veritable ruckus among local foodies. No. 6 was "authentic upscale Mexican," including tacos. Enough. Tacos. Already.

I stand by it, and now the New York Times, in today's "36 Hours in Orlando" travel column, has voiced agreeance.

"Tacos have hijacked the Orlando culinary scene with a string of newcomers from downtown’s Tin & Taco to the bustling Reyes Mezcaleria and the mural-covered Hunger Street Tacos in Winter Park."

The Times goes on to recommend Black Rooster Taqueria as the one you should visit if you only have a limited time to taco in Orlando. We think that's a pretty good pick (though I'd go for the posole verde instead of the tacos).

You'll see above, the Times even makes mention of holy-of-holies Reyes Mezcaleria, which seemed to be the straw that broke the foodie's back in my story. How dare I.

There's no disparagement here. All three of the spots mentioned in the NYT story, as well as the additional ones I mentioned in mine, make fine food and are important to our city's fledgling founding as a culinary destination.

But there has to be balance there. Some of the taquerias that have opened will inevitably close, and the ones that remain will be the best of the best, or those with the cultiest of cult followings.

A new trend will emerge (please, let it be pastrami!) and a new glut will cause all of us who are entrenched in Orlando's gastronomic universe to groan and grunt and come up with stupid hashtags like #peaktaco.

There are enough holes to be filled within Orlando's culinary scene that we can give the taco a rest for a while. Restaurateurs, if you're looking for an idea, I have a Catalan pintxo bar concept I'd like to sell you.