Backbooth in downtown Orlando is now known as Soundbar

The latest entrant into the hot music venue derby that is dominating the scene conversation this year is Soundbar, which had its official public opening this past weekend.

The new downtown music spot is the phoenix that’s risen from the ashes of longtime fixture Backbooth. Although the ownership group is new, there’s some key carryover in Jared Tawasha, who was a Backbooth manager and is now handling those same managerial duties with ownership stake. 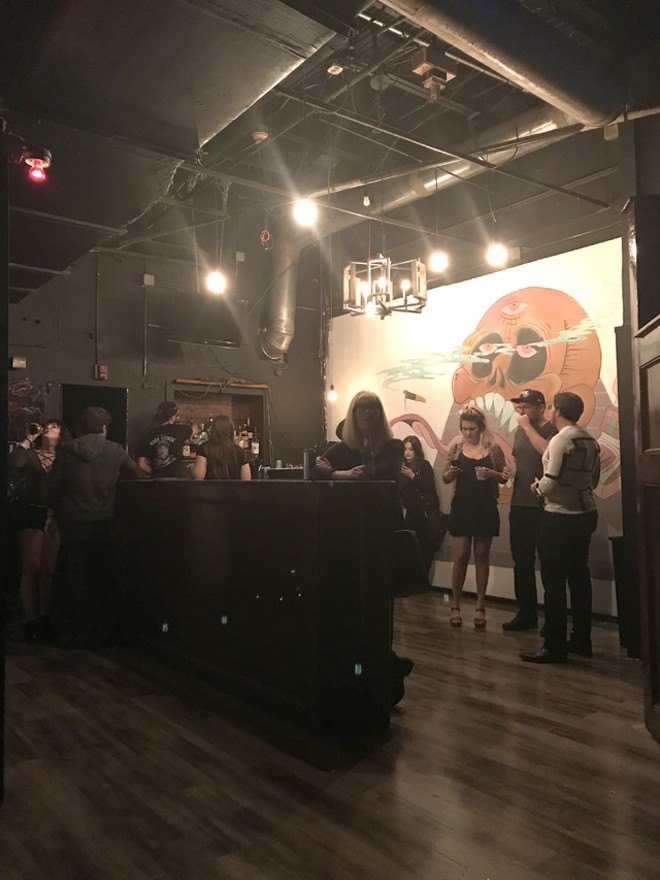 In the relatively quick interim, the club has gotten a much-needed cleanup with fresh paint, lacquer and some new flooring. Some of the corners have been brightened up a bit with new lighting. The most defining décor upgrades are the many hand-painted murals throughout the club. 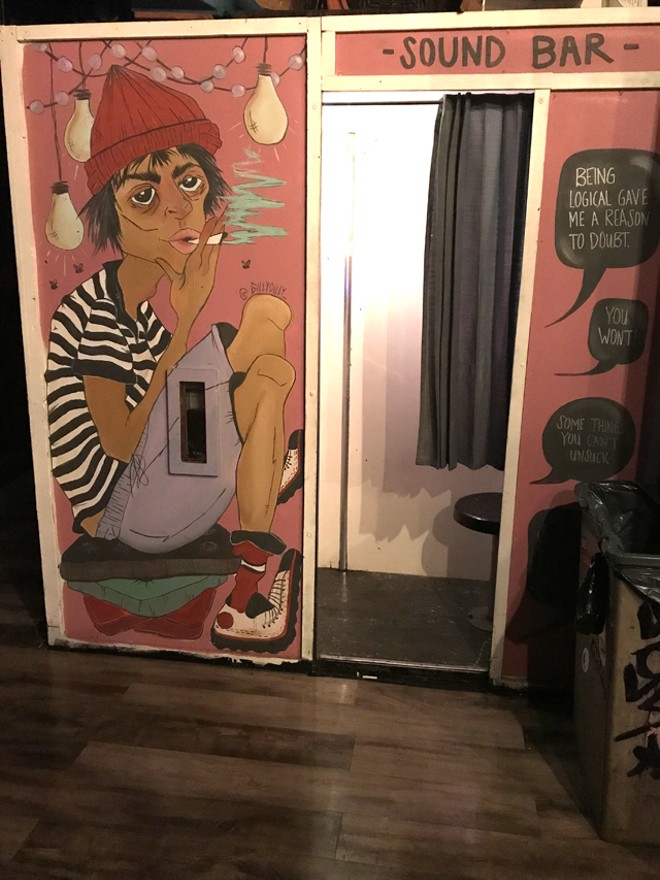 A significant change in the main room is that the divider step-up along the back wall is gone, now giving the space a wide open floor layout.

Probably more than a few of you are wondering about the near-CBGB’s restroom condition. Well, the fixtures don’t look new but the paint and illustrations are, and the smell in there is no longer Third World (though all I can vouch for is the men’s room). 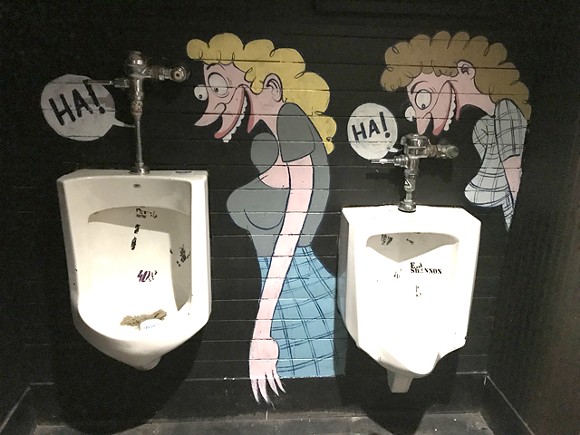 But no doubt one of the biggest changes is that the club is now non-smoking, which brings it up to a modern standard and will be good news for more people than not.

In terms of programming, expect the similar mixed menu of live and club events that defined Backbooth. The live shows, too, will be a mix of in-house booking and a continuation of the vibes set by the more notable outside promoters who’ve established themselves here, though one of them – John Betz of Lights Out Booking – is now in-house as part of the Soundbar ownership group.

The roster of weekly feature nights is all new except for Body//Talk’s Late Night Swim Fridays, the sole holdover from before. Taco Bell Tuesdays, hosted by Shaw Smith, is a local comedy show. Not a Phase Wednesdays is a throwback, MySpace-era night by Tori Kravitz (look for Four Loko cans at the bar). Clout Saturdays, anchored by DJ Grape La Flame, are for underground hip-hop. And Sundays will be held down by dubstep crew Bassnight.

Management tells me that live shows will always be the priority so, like before, concerts will take place earlier with the weekly features starting after.

In sum, there’s enough of the original bones here for those dedicated to the Backbooth vibe to appreciate the continuity but enough fresh infusion to make it worth a check for those who jumped that train long ago. What it all means is that a good downtown stage isn’t just preserved but refurbished and ready for new action.