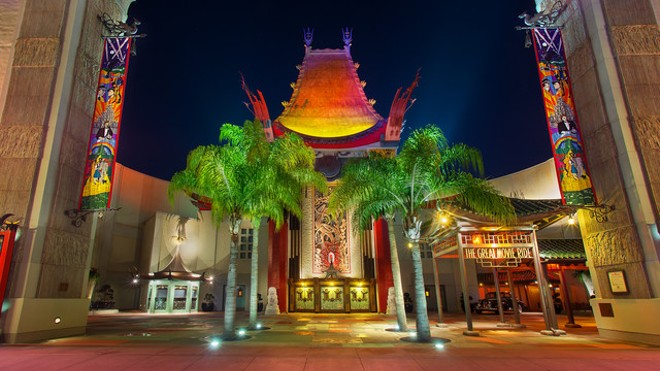 Disney will not rename Hollywood Studios to the much-hated and highly rumored "Cinemagine Park," at least for now.

In a blog post Wednesday, Disney put to rest recent rumors, and stated that they would not change the name of the park "for the foreseeable future."

"In response to questions we have been receiving, we also want to let fans know that the Disney’s Hollywood Studios name will remain the same for the foreseeable future since we are immersing our guests in a place where imagined worlds of Hollywood unfold around them from movies and music, to television and theater," said content manager Jennifer Fickley-Baker.

Disney is reportedly considering changing the name of Hollywood Studios to 'Cinemagine Park'
By Ken Storey
Blogs
The rumors that Disney would ditch the Hollywood Studios name go back to 2015, when CEO Bob Iger confirmed to a kid that a change was in the works. Later a survey made the rounds with eight possible park names including "Cinemagine Park."

Orlando Weekly theme park writer Ken Storey reported on the name change rumors back in January, and says that many are still expecting Disney to rollout a new tag before the WDW 50th Anniversary in 2021.

Till then, Hollywood Studios is safe.