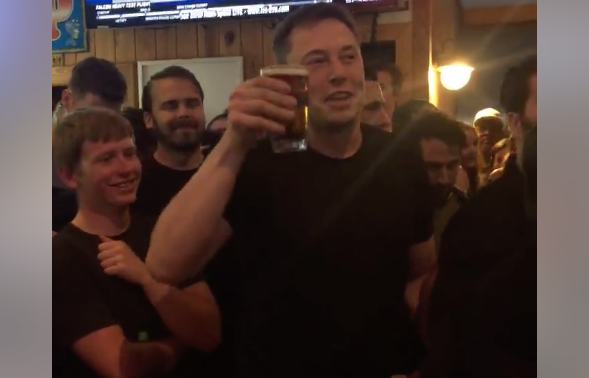 Elon Musk, who currently has a Tesla Roadster floating in space somewhere, definitely earned a cold one yesterday.

Clearly wanting a beer, Musk made an appearance at the Fishlips Waterfront Bar & Grill in Port Canaveral after successfully launching his historic Falcon Heavy rocket, and he even led a brief toast to the crowd.

"Best crew! We just launched the biggest rocket in the world. Just blew everyone's mind," said the billionaire. "I mean, I don't know what to say ... Cheers!"

People then started chanting "U.S.A., U.S.A., U.S.A.," while the South African and founder of the privately-funded SpaceX aerospace manufacturer enjoyed his pint.