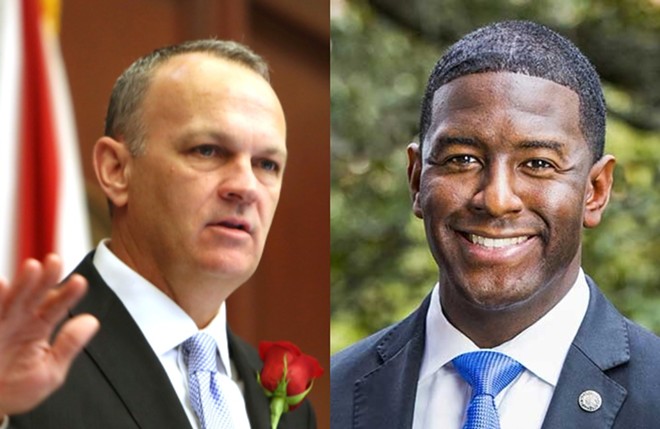 Gillum, a progressive Democrat, is currently running for governor, while Corcoran, hard-line conservative, has not entered the gubernatorial race yet but is speculated to do so soon.

"This could have happened to any family, anywhere," Corcoran said in the ad. "Incredibly, some Tallahassee politicians want to make Florida a sanctuary state."

I’ve never been afraid to stand up & fight for those who need a voice & next Tuesday will be no different. I’ll never be silent when the forces of intolerance & division put down their dog whistles & pick up bullhorns. https://t.co/DPfwOmB2c7

Florida won't be following down the path of California and their illegal sanctuary policies. That's why I am fighting to ban them here in Florida, and it's why I will debate Mayor @AndrewGillum next week. Florida citizens and the safety of our communities comes first! #Flapol pic.twitter.com/fmsYZxBnoo


The debate between Corcoran and Gillum will be on Feb. 13 at 8 p.m. in the
Florida Internet and Television studio in Tallahassee. The event will be moderated by Bay News 9's Troy Kinsey and Gary Fineout, from the Associated Press.

Stay tuned for information on how to watch the debate at home.