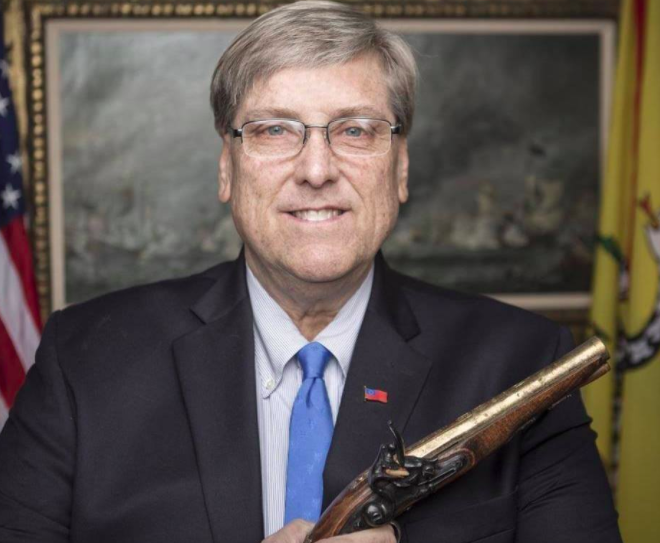 Doug Guetzloe, a longtime conservative political figure in Central Florida, has died. No cause of death has been announced.

In the past four decades of his public life, Guetzloe has been loved and loathed in equal measure. He seemed to delight in confounding both his enemies and his supporters – however you felt about his positions, the sheer bravura of some of his political contortions was often impressive.

Guetzloe has figured in the pages of Orlando Weekly for decades, as he jumped from cause to cause, lawsuit to lawsuit (and in and out of jail).

In 1982, he founded Ax the Tax, a salt-the-earth anti-tax special interest group that campaigned against every single local tax increase proposed. (When Orange County schools wanted a tax increase to upgrade old schools and build new ones, Ax the Tax actually tried to use the condition of the schools as a justification for not giving them any more money.)

Ax Ax the Tax
A colleague poses an interesting question: Is a vote against Mobility 20/20 -- the county's multibil...
By Bob Whitby
Slug
Never predictable, in 2003, Guetzloe was ousted from the Orange County Republican Executive Committee – for supporting Democrat Buddy Dyer in his mayoral campaign.

When he was charged with violations of campaign law in 2006 (he served a 60-day sentence), discovery for the case exposed corruption and widespread fraud in the Orlando-Orange County Expressway Authority that led to its head being fired. (Also, more charges for Guetzloe – this time, perjury.)

Happytown
The campaign to recall Mayor Buddy Dyer – based on the premise that Dyer violated Florida election law – is violating Florida election law.
Happytown
He and his lawyer founded the Florida TEA Party in 2009, resulting in dozens of lawsuits from other "tea party" organizations for co-opting the "tea" name but diverging from the movement's agreed-upon goals and tactics.

In 2010, Guetzloe launched an internet radio network and moved over his formerly AM-radio show, "The Guetzloe Report." Aside from serving a 60-day 15-month jail sentence in 2011 for failure to file tax returns, and advising losing mayoral candidate Paul Paulson on his campaign (which was called out for stealing art) Guetzloe spent the past few years mostly out of the public eye.

This is a developing story — we will update when more details are available.