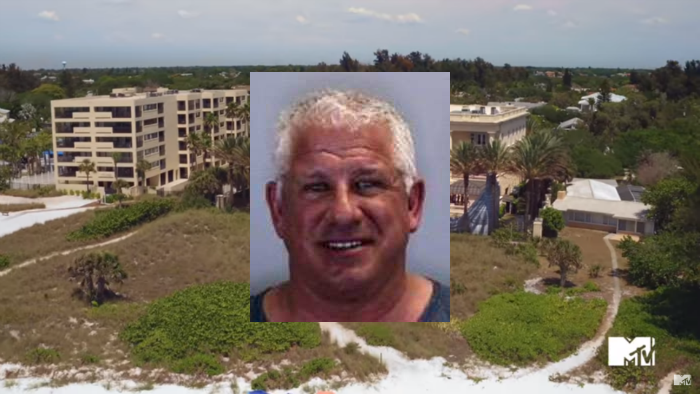 Gary Kompothecras, the wealthy Sarasota chiropractor behind both the 1-800-ASK-GARY ads and MTV's Siesta Key, was arrested on DUI charges in Manatee County last night.

Kompothecras was pulled over at around 1:40 a.m. Thursday, reports the Tampa Bay Times. The 57-year-old was heading south on I-75 when an officer clocked him traveling at 100 mph in a silver Porsche.

After telling the arresting officer he has a Ph.D. and then failing the alphabet test, Kompothecras was booked at Manatee County Jail on $500 bail.

Kompothecras' son, Alex, is the star of Siesta Key and a viral video of him shooting a shark in the gills with a handgun.

When Kompothecras isn't buying his son reality shows or starring in chiropractor ads, he's also a major donor to the Republican Party. According to the Times, Kompothecras donated $235,000 to Florida Republicans over the last 10 years, including $25,000 to the Trump campaign in 2016.