Dave Bautista is mad online at the City of Tampa 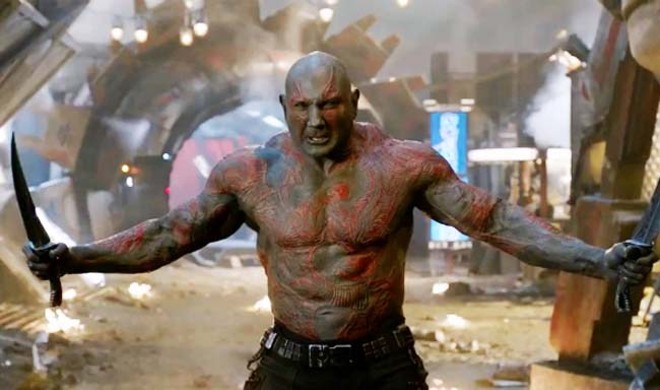 Dave Bautista is mad online over a building permit. Apparently the Guardians of the Galaxy star, WWE wrestler and Tampa resident found out firsthand how annoying it is to get a permit for a gate he's trying to build at his home.

Yesterday, Bautista took to social media to express his frustrations to the City of Tampa's Twitter account over spending seven months dealing with permitting and rude inspectors.

@CityofTampa what the hell do I have to do to get you to approve a GD gate? Its been 7 months of waiting on permits,spending thousands and thousands of dollars on surveys,dealing with inspectors with sh%%tty attitudes, jumping through hoops,etc. Wtf do I have to do?! Its a gate!

But it didn't stop there. Not long after Bautista's first tweet, the Guardians of the Galaxy star didn't appreciate when Tampa's Twitter account tweeted a promotion for a beer and barbecue event, rather than getting to work on his permit.

Seriously! I mean I realize your busy with beer festivals and bbq but I’d really love to build a gate! 7 months, thousands and thousands of dollars on surveys and permits,rude inspectors, one thing after another after another! It’s a gate for God’s sake!

To The City of Tampa:
DEAL. WITH. IT. pic.twitter.com/wKmtumvDad

Can the man get a gate? #DavesGateMatters


This wasn't the end of it. His third and final tweet letting the city of Tampa know that he was in it for the belt is what finally got their attention.

Hello Dave, we apologize for any frustration. Can you please DM us the address and tracking/permit numbers so we can look into this?

No news yet on the status of Bautista's gate permit, but it's good to see a win for "the little guy."