Orlando's Stonewall Jackson Middle School may get a new name 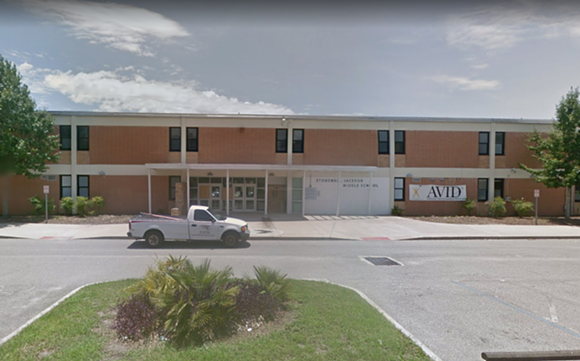 Out with the old and in with the new – Orlando’s Stonewall Jackson Middle School could be up for a name change, if the Internet can deliver.

In an online survey provided by the Orange County school district, members of Jackson Middle’s school advisory council are asking the community for their input on whether the school is due for a name change. The seven-question survey poses questions asking community members whether they support a complete name change or if Jackson Middle, as it’s typically referred to, should just opt to drop “Stonewall” from the name.

Following the results, Jackson Middle’s school advisory council will review the survey’s findings and then decide on whether to ask the Orange County School Board for a new name.

The survey is currently available online.

Last year, using a similar online survey, the Orange County School Board voted to change the name of Robert E. Lee Middle School to College Park Middle School. In February 2017, the board then voted in near-unanimous favor of going through with the renaming process.

Jackson Middle is the last junior high school in Central Florida to be named after a Confederate leader.