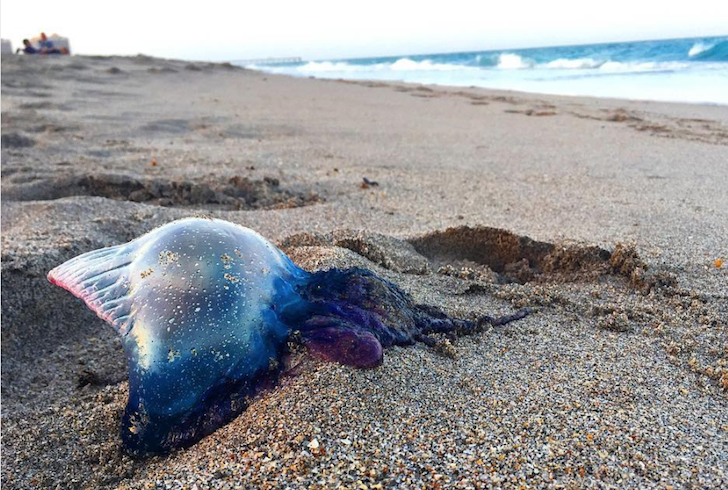 These bright blue balloon-shaped creatures are devastatingly beautiful, but should be admired from a distance. Florida Today reported many of the people stung didn't get injured while swimming, but when picking up the jellyfish lookalike.

Resembling an 18th-century Portuguese warship, the man o' war is not actually a jellyfish but a siphonophore, which is a colony of specialized organisms that work together as one.

National Oceanic and Atmospheric Administration say man o' war are often moved by winds and ocean currents, occasionally traveling in clusters of 1,000 or more. These aquatic beauties are still able to sting even weeks after being washed ashore.