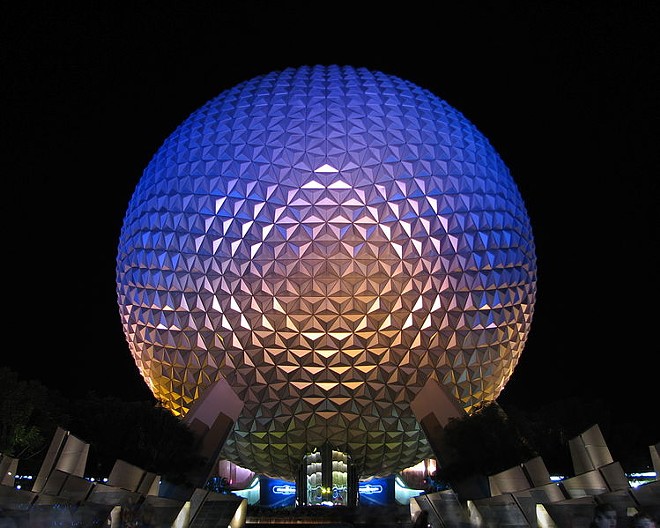 Disney has confirmed a slew of updates are headed to Epcot, including what they’re now billing as one of the world’s longest enclosed coasters for their new Guardians of the Galaxy ride.

All these changes might include another surprise one. There were tons of rumors of Disney changing the name of one of its parks, but the company confirmed that Hollywood Studios won’t be seeing a name change “in the foreseeable future.” However, that same week new government documents surfaced showing a new name for Epcot.

Earlier this month, Disney filed paperwork to redo the Epcot parking lot, shifting the surface parking to the east. On the western side, the parking lot is replaced by an 84-acre lake and new buildings. These new buildings are likely the long-rumored Epcot entrance hotel. It looks like the majority of the hotel, or whatever building this may be, will be behind the Living Seas pavilion, with parts of it stretching over toward the entrance plaza.

While the documents are interesting in their almost confirmation of the new hotel, there’s another detail that seems even more interesting. Blog Mickey, a local Disney news site that first reported the new documents, was able to zoom in on the documents to discover that Disney oddly referred to Epcot by a different name in them.

Typically, these documents are extremely accurate since they do have a legal bearing on the projects in question so it's unlikely that Disney just accidentally changed the name of Epcot on the documents. In the documents, the park is referred to as “Epcot World Center.”

The name is located over Future World, so it’s clear that it is not just referring to World Showcase but to the park as a whole. Originally known as "EPCOT Center" from the park's opening in 1982 until 1993, in 1994 the name was changed to "Epcot '94," then "Epcot ’95" the following year.

This yearly name change only lasted two years before the current "Epcot" name was adopted.

The new name keeps the lower-case Epcot, downplaying the original acronym, but brings in the "Center" from the original name. The "world" in the name is a unique addition and one that some guests might find confusing since the park has both a future technology section and a world cultures section.

The park is just beginning a massive update that is rumored to be costing well over a billion dollars and will last just under a decade. Disney has confirmed that Future World will receive a major update, but with new additions, like the Guardians of the Galaxy roller coaster, it's clear the area will be staying put. So for now, we can be sure that the entire park won’t become a showcase of the nations. However, the name could point to a more unifying nature of Future World that celebrates the past and future history of the world (and beyond via Mission: Space and the new space station-themed restaurant).

For now, though the primary focus will be on the confirmed additions to the park, which include a new Ratatouille ride, a new Guardians of the Galaxy ride, and a new film in the China pavilion.