After months of obviously poor attendance and awful reviews, Cowgirls Rockbar at I-Drive 360 has closed.

On Jan. 12, the bar posted a picture on Facebook saying Jan. 13 was the bar's last night, with the caption “Drink Cowgirls Dry! $25 OPEN BAR” with no other details.

The post garnered more than two dozen comments, mostly asking if this was actually their last night, while others said it was only temporary while they updated some areas of the bar.

But then roughly a week and a half after the closure the Orange County Tax Collector posted a tax lien notice on the front doors of the bar.

The bar has many interesting reviews including ones that claim the bartenders were drunk, soda refills were $3 each, and the manager refused to refund guests who were sold rides on the mechanical bull despite being told later on that the bull was down for the night.

The bar offered several free drink specials, and while this occasionally drew in numbers, it seemed that even this wasn’t enough to bring in big enough crowds.

Just next door to Cowgirls is Tin Roof. The mix of live music, marketing to locals and tourists both, and food seems to have allowed Tin Roof to succeed where Cowgirls couldn’t.

Officials associated with Cowgirls have not returned multiple attempts to contact them.

I-Drive 360 is in the midst of a major Phase 2 update. No word on whether that update, which will include a , a ropes course, a new hotel, and much more, will also include a new tenant for the Cowgirls space. But maybe we’ll find out on Feb. 30. 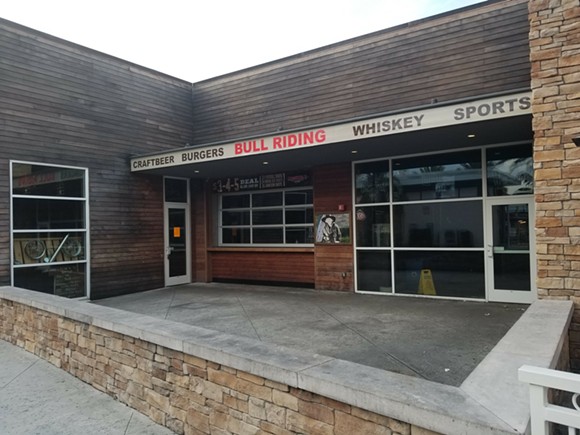