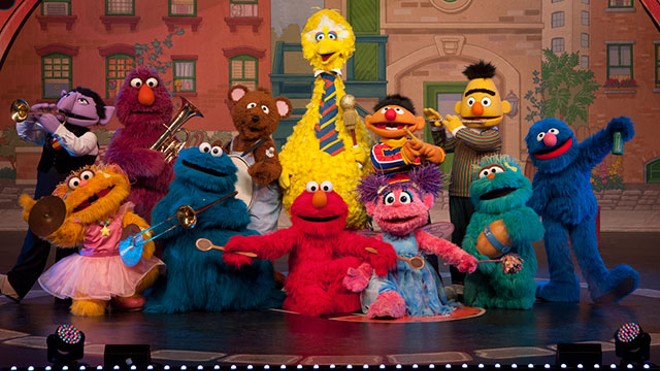 In May, SeaWorld Parks CEO Joel Manby announced a new Sesame Street land to replace Shamu’s Happy Harbor at SeaWorld Orlando. The new land will be one of the strongest attempts yet for SeaWorld Orlando to have a land on par with Orlando’s other theme parks.

At the time the company confirmed that it would open by 2022, but few specifics were given. SeaWorld Parks and Entertainment does have Sesame Street-themed lands in SeaWorld San Diego, SeaWorld San Antonio, and Busch Gardens Tampa. But while those feature the characters, the lands themselves aren’t true to the Sesame Street theme, instead focusing on the characters in safari- or ocean-themed areas. The Orlando land will be different.

When announcing the new project, Manby explained, “We’d like to build the actual Sesame Street that kids can be on and walk down. We will have hopefully a Sesame parade, rides, show where they can see and meet the Sesame characters.”

Touring Central Florida, a local theme park news site that specializes in SeaWorld Orlando and Busch Gardens Tampa, recently uncovered new government documents that give us some of the best details yet on what this new 3.2-acre land will entail.

While it's known internally as Project 2019, it’s believed that the new land won’t open until at least late 2020, with the full area opening roughly two years after that. According to the documents uncovered by Touring Central Florida, the majority of the current Shamu’s Happy Harbor flat rides will remain. This includes the Shamu Express kiddie coaster, Flying Fiddler frog jump-style drop ride, Jazzy Jellies parachute ride, Ocean Commotion spinning tugboat style ride, Sea Carousel, and the Swishie Fishies teacup-style ride. The kiddie train ride looks like it will be relocated and get a new track. All of the rides will likely get updated looks that are much more Sesame Street-focused, similar to the rides found at Sesame Place in Pennsylvania.

A ninth new kiddie ride is shown along the eastern side of the project.
Two new walkways run parallel through the land, replacing the current pathway that allows guests to bypass Shamu’s Happy Harbor when walking along the western side of Shamu Stadium. A few buildings, including the restrooms and baby care center, will remain as well. There are two new buildings of interest in the uncovered documents: One along the southwest corner of the project looks to be a possible warehouse, likely housing the parade floats for the aforementioned parade.

The other building is likely the most important of the entire project. This oddly shaped structure seems to have various facades, very likely the facades Sesame Street itself. A dark ride is strongly rumored for this space. Sources have confirmed to Orlando Weekly via the Orlando Tourism Report that SeaWorld is in talks with The Goddard Group. This California-based design firm is led by Gary Goddard. Known for his work on projects like Spiderman and T2, here in Orlando Goddard was well-respected in the entertainment design community until allegations emerged recently from various well-known Hollywood actors, including Corey Haim and more recently, ER star Anthony Edwards.

After years of rumors and allegations, it was Edwards' claims amidst the #MeToo movement that caused Goddard to finally get the backlash from his peers that many had been calling for for years. There’s no indication that Goddard has stepped down from his role at The Goddard Group, but during last year’s IAAPA, the attraction industry’s signature convention, the company downplayed the Goddard part of the name.

Few projects involving the company have been announced since then, so it’s likely that if SeaWorld has hired the company, they’re receiving a dramatic discount on the project.

A budget-conscious agreement between The Goddard Group and SeaWorld isn’t anything new. It’s strongly rumored that SeaWorld worked out a similar discounted program with their Infinity Falls ride currently under construction and scheduled to open later this year. That raft ride, by design company Intamin, will be the first use of Intamin’s patented elevator lift in North America. The ride in Orlando will likely be heavily featured in Intamin’s future marketing for the ride system.

The Sesame Street dark ride will be unique for SeaWorld Orlando which currently features very few rides with indoor show scenes. Recent years have seen show scenes in those rides, including all animatronics in Journey to Atlantis, being unplugged, most likely due to budget cuts as the chain struggles to stay afloat as attendance continues to drop.

SeaWorld has a lot riding on the Sesame Street land; it’ll be one of the largest investments in the park’s history and one that helps shift the park away from animals. Infinity Falls will feature a small area with live animals, including sloths and flamingos, but the focus will be on the thrills and edutainment, not the animals. Sesame Street will continue that shift with no live animal habitats shown in the documents.

SeaWorld Parks also confirmed last year that a second Sesame Place theme park will be opening somewhere in the country by 2021 though no location or exact date has been confirmed. Orlando and San Diego have both been strongly rumored locations for that park, though with the new Sesame Street land opening here it's unlikely that the Sesame Street theme park will also be opening here.