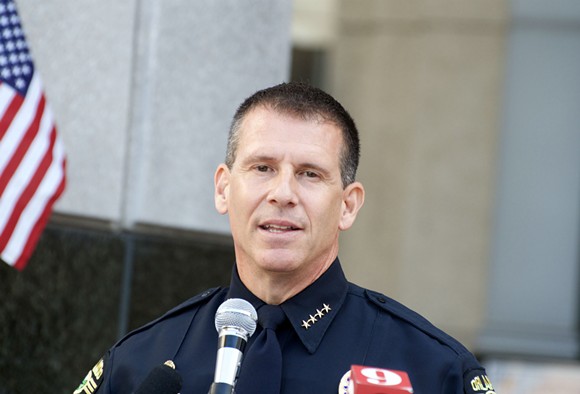 Mina, who’s served as Orlando police chief since 2014, has worked in patrol, criminal investigations, community policing, drug enforcement and as a commander of the SWAT team, among other positions, since joining OPD in 1990. Prior to that, he was a military police officer with the U.S. Army’s 82nd Airborne Division.

Mina's decision to throw his hat into the ring makes him the third candidate to enter the race for Orange County sheriff. Alongside him are Florida Highway Patrol Major Jose Lopez, a Democrat, and retired Orange County Sheriff Capt. Thomas Stroup, a Republican.

Mina officially filed for the race as an independent.