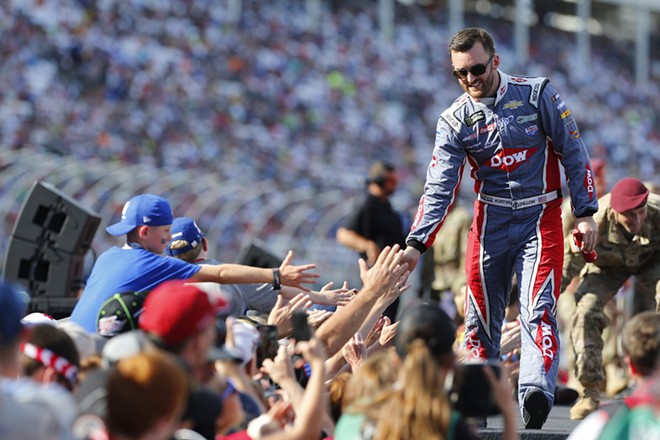 Austin Dillon got a tattoo to commemorate his Daytona 500 win, but it's unlikely that his fans will ever get to see it.

Dillon, along with a couple of his crew members, decided that butt tattoos were the only righteous way to celebrate the win. Dillon's tattoo includes the Daytona 500 logo with the word "champ" underneath, according to ESPN.

Dillon boasted about the tattoo during the traditional Champion's Breakfast at Daytona International Speedway on Monday morning.

"I got a tattoo last night," Dillon said at a press conference. "It says 'Daytona 500 champ.' You’ll never be able to see it."

The 27-year-old NASCAR driver honored the memory of the late Dale Earnhardt Sr. by taking the classic No. 3 car to victory 20 years after Earnhardt’s win at Daytona.

This was the first win at the Daytona 500 for Dillon and his second career victory in NASCAR's Monster Energy Series.

Check out a video of Austin Dillon's jackman, Paul Swan, talking about the team's late-night trip to a parlor for those matching tattoos.