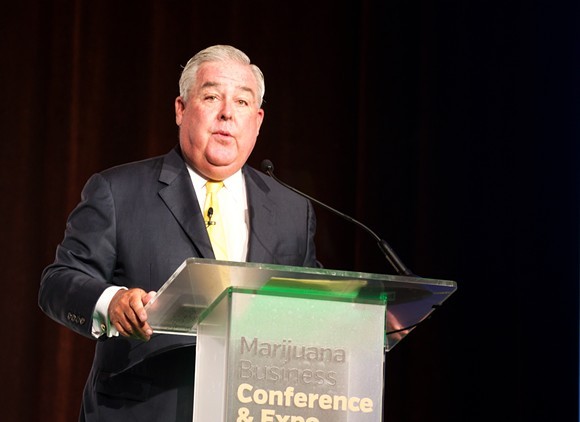 Orlando trial attorney John Morgan, a once-viable contender for governor, took to social media this evening to argue that there is some sort of connection between mass shootings like the one that just occurred in Parkland, Florida, and prescription drugs and even vaccines.

Pointing out that he didn't know any kids with autism growing up, Morgan stated in a Facebook post Tuesday that we should consider that we're turning children into "zombies" by vaccinating them and giving them prescribed medications.

"When you think of all these school shootings by kids think of this," argued Morgan. "Our children are doped up and drugged their whole life. Vaccines galore. Look at all the autism. Did you know anyone with autism growing up? In preschool we give kids ADHD meds to behave. Drugs for depression. Oxycontin for pain. Adderall to study. All before 18. Some of our children are zombies who turn into monsters. I am not surprised."

Morgan also decided to take this incredibly unsourced opinion to Twitter, stating that since the Marjory Stoneman Douglas High School shooter was reportedly autistic, then there must be some connection among vaccines, autism and mass shootings, which there most definitely is not.

Morgan has also deleted his tweets, but the text is still available:

This shooter was autistic.

Why is there so much autism today?

Vaccines are vital but are they administered too quickly or in such large doses. A discussion is warranted. https://t.co/FYZzKA44t8

I am saying that our children are over medicated from the time they are born until the day they die. We are the Prozac Nation. For profit. https://t.co/eaCZUOgTxp

When asked to clarify if he was connecting vaccines to mass shootings, Morgan responded to an Orlando Weekly email that this is not the case, and that kids are just overprescribed.

"The combination of children sedated or hyped up Depending on the 'diagnosis,' has turned children into zombies or wired to the extreme. When you combine all that with games that glorify killing and gun laws that make no sense," said Morgan.

Related John Morgan is pushing for a $15 minimum wage in Florida, but some employees at his companies make less

John Morgan is pushing for a $15 minimum wage in Florida, but some employees at his companies make less
By Colin Wolf
Blogs

However, when I pointed to Morgan that prescription drugs and vaccinations aren't the same thing, and asked if he could clarify what he meant by "vaccines galore" in his statement about mass shootings, Morgan doubled down on his theory that autism stems from vaccinations.


"I in 45 boys in the US now have autism. We know what that does. But we blindly trust drug makers to tell us the truth. I have 4 recent grandsons. And I was and am petrified that the vaccine may be the cause of autism. They each were vaccinated because the risk of devastating illness is too much But it was done slower and over a longer period of time When I was a boy I knew no child with autism There is now one on every street Unless your child has autism you block it out If they do You wonder was it the vaccine because there is no answer And the drugs are pumped into our children from birth through college"

Unfortunately for Morgan, the only sliver of truth to come out of this statement is the fact that Florida Democratic candidates are sleeping well tonight.

So far, Morgan hasn't officially announced his candidacy for Florida governor, but he has said that if he was to run it would be as an Independent.