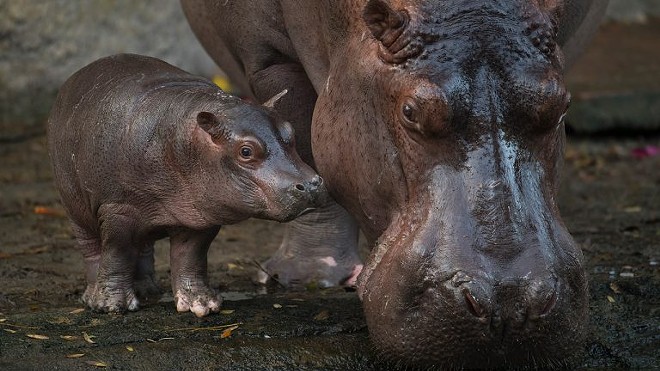 Disney just announced the name and gender of their new baby hippo at Animal Kingdom, and it's a burly boy named Augustus.

When you think of the name Augustus, you may think of a pudgy kid from Willy Wonka fell into the chocolate river. However, in terms of the new addition to Animal Kingdom, it's a 168-pound hippo.

Augustus is said to have a playful personality and has spent the last month bonding with his mom, Luma.

A baby hippo was born at Disney's Animal Kingdom last night
By Linzie Lawton
Blogs
The Nile hippopotamus is the first hippo to be born at the park in 13 years, according to Dr. Scott Terrell, director of animal and science operations.

The Nile hippopotamus is considered a vulnerable species with a declining population, which makes this a birth a pretty big deal.