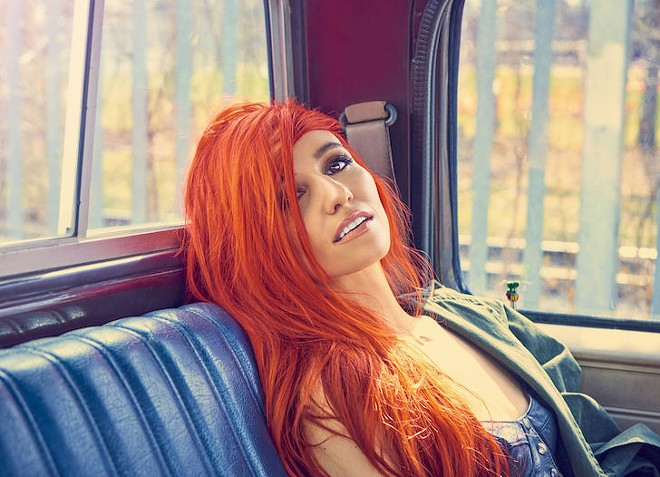 Canadian alt-pop superstar Lights is currently on tour supporting Skin&Earth, her fourth album, paired with a comic book of the same name, all written and illustrated by the performer. The prolific artist has even found the time to release a steady stream of new videos sure to please her rabid fanbase.

First off, Lights released not one, but four versions of standout track “Giants” in January; in Japanese, French, Spanish, and Tagalog. “It was the first song that was really special to me that it reached so many people,” Lights says. “I thought, how can I reach even more people?”

Lights and her team wanted to make these versions as accurate as possible. They translated the lyrics, learned the correct pronunciations, and recorded the tracks all within a year and a half. “All of the languages I did mean a lot to me. I knew I didn’t have the resources or the time to do all of them,” Lights laughs. “It was very hard, but very worth it.”

A month later, Lights released the music video for “We Were Here.” Her husband, Blessthefall's Beau Bokan, played her love interest in the video since she illustrated the character based on his appearance. The two filmed romantic and fight scenes together. She told Beau, “Unfortunately you have to break my heart in this video,” but still got her own sweet revenge.

“We were in it together. And I have to say it felt pretty good burning [his] truck at the end,” Lights jokes.

Lights involves her family in her art as much as she can. A recent photo shows her sitting on a plane wearing headphones with one hand on a keyboard, the other on a computer, and her daughter, Rocket Wild, sleeping next to her. “This moment encapsulated what my life is like,” she explains. “Always working on something, always traveling somewhere, but I have my family with me. I like it, and I live for it.”

Lights balances her family and music career by devoting an equal amount of time to each. “You can do it all, as long as you have the patience for it,” Lights says. “Have the foresight to love and look at the people around you, and let them remind you where the ground is.”

Her proudest moment with Skin&Earth was holding the finished comic. Her songs usually involve a team of people, including producers and engineers. “With these pages," she says, "it was all me.”

She was incredibly hands-on with the project; she sketched, inked, colored and lettered Skin&Earth. “It was an amazing feeling. I was really proud of the art and the flow, and how they lined up with the music," she enthuses, "how the color palettes connected with each song.”

Lights expressed a lot of her true emotions through her character in the comic, En. She encourages people to express themselves similarly through art. “Whether or not you’re good at it, that is how you exercise all of that negativity," she explains. "You have to channel all that energy into something that you can walk away from, and know that you left the art there.”

She channels that energy into “Fight Club,” her favorite song to perform live. She loved the movie and connected with the insomnia theme. Lights stayed up until dawn many times working on this project, playing the movie in the background: “I started looking at the other angles of fighting, and the importance of fighting in a relationship. You can’t just let things slide. You gotta let it out, you have to argue, and then you have to figure out how to come back from your argument.”