When Brandon Wolf saw the news about a shooting at Marjory Stoneman Douglas High School, he wanted to turn off the TV and lie in the quiet for a while.

The pain was all too familiar for Wolf. More than 20 months ago, he had survived a massacre at the gay nightclub Pulse in Orlando. One minute, his best friend Christopher "Drew" Leinonen was telling him, "I love you" and reminding him to always tell others how much he loved them. Then suddenly he was attending Leinonen's funeral, mourning his friend and 48 others who were murdered by a gunman.

Wolf, 29, channeled his grief into action – he helped start The Dru Project, an organization created in memory of Leinonen, and became a strong advocate against gun violence. He talked to Florida lawmakers in Tallahassee, attended rallies, wrote editorials – but it was hard to keep fighting when mass shootings still happened and politicians kept offering empty "thoughts and prayers."

But last week, as the Parkland community grappled with the slaughter of 17 students and teachers at Stoneman Douglas, Wolf heard something different – the righteous anger of teenagers who couldn't understand why their friends were dead.

"The kids changed everything," Wolf says. "They're pissed off. They don't understand how we've let them down for so long. They're 16, 17, 18 years old and they're speaking more to the point than the president."

Days after surviving a mass shooting, Parkland students were delivering speeches, dominating cable news coverage, organizing nationwide walkouts and creating a movement in their parents' living rooms. They vowed that never again would other children have to live through another school mass shooting.

As funerals continued in Parkland, more than 100 Stoneman Douglas students traveled on buses to Tallahassee a week after the shooting to lobby legislators for stricter gun laws and have a rally on the steps of the state Capitol building. Thousands of Tallahassee students and gun reform advocates joined them, chanting, "Not one more," "Vote them out," and "Never again."

In an impassioned speech, Stoneman Douglas student Sheryl "Oli" Acquaroli demanded action from federal and state lawmakers, questioning how they could stay silent.

"Dear Congress," the 16-year-old yelled. "How can you claim to stand for the people but let your kids get slaughtered like animals in their own schools? Why is it that every time we make a step forward you force us back? … The next person who dies because of an AR-15 will be on you!"

Acquaroli was one of several students who watched in shock on Tuesday as Florida House lawmakers declined to take up a measure that would ban the sale and possession of assault weapons and large-capacity ammunition magazines. The measure was filed by state Rep. Carlos Guillermo Smith, D-Orlando, after 49 were killed by a gunman with a semi-automatic Sig Sauer MCX rifle at Pulse. The bill never got a hearing.

"Enough is enough," Smith told the rally Wednesday. "We the adults have failed you. But I am so proud of the students, who just like many of the Pulse survivors and families before them, now understand that they are the voices of those who were taken too soon. Yes, you know the 17 who lost their lives, they lost their voices – but you haven’t lost yours. You are their voices now."

The night before, Wolf says he met the Stoneman Douglas students at a vigil. He stayed in the back, overcome with memories of Orlando vigils he had attended for his friends until Rep. Smith convinced him to talk to the students. More than any other groups, Pulse survivors knew what it was like to be in the media spotlight and had felt the crush when lawmakers did nothing.

"He said, 'They need people like you who've been in their shoes to give them strength,'" Wolf says. "So I went back with to their hotel and spent the night making posters and eating pizza. To be quite honest, I needed them more than they needed me. I felt a sense of boundless hope and optimism, the same feeling I got from the friends I lost at Pulse. As we move through this journey, my sole mission has become to protect them and ensure their voices are heard."

Standing with Parkland students and speaking to thousands, it felt like real change could happen, Wolf says.

"We're a family now," he says. "We didn’t mean to be there, we didn’t ask to  be a family, but we've got each other’s back. We’re here through the long haul when the cameras turn off, when the news of the week changes. This community, this family doesn’t go away." 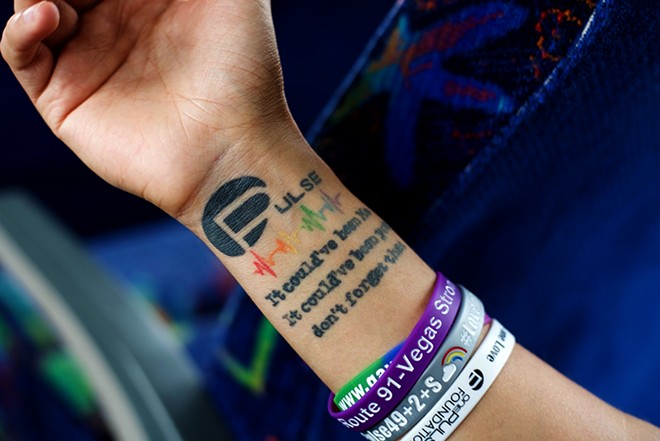 The 29-year-old was a "shot boy" at Pulse but had taken the night off on June 12, 2016. He rushed to Orlando Regional Medical Center as the gunman was still firing bullets at Pulse and later helped family members and friends figure out where victims were that morning. He'll never forget the screams and shocked faces of parents who realized they would never see their children again. Mpire wasn't injured like his friends but did go through survivor's guilt.

"The what ifs broke me," Mpire says. "I went into this dark place where I felt so guilty. For three months, I kind of thought, 'How do you laugh when there's 49 people who are no longer alive?' I tried to go back to cosmetology school the next week, and I couldn't – I would just break down crying." 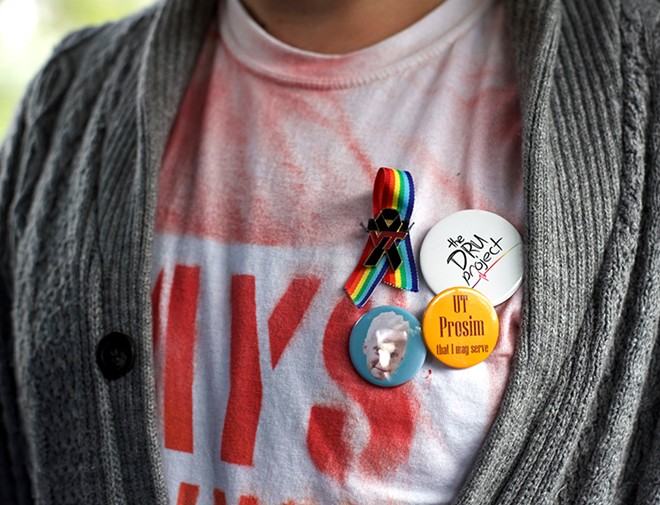 Mpire traveled to Parkland from Orlando with three Pulse survivors last week to deliver letters from other survivors of mass shootings. After an emotional reunion with Stoneman Douglas students, they visited the site of the shooting and were surprised to meet with hundreds of teenage students from neighboring schools that had walked out in protest of gun violence.

"Those students walked 10 miles from their schools to show support," Mpire says. "I heard two of them fainted. This is how determined these students were."

The students inspired him to get on a bus in Orlando Wednesday and travel to Tallahassee to rally with them. 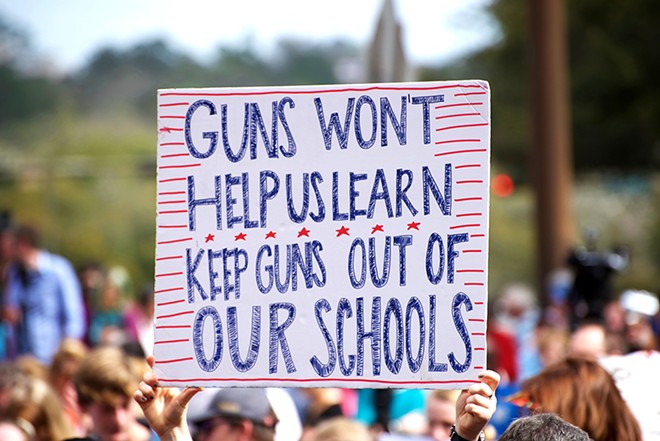 "We're getting the strength that we need from them," he says. "These kids are just so powerful, they're encouraging us. These kids are ready to fight this fight. They're not saying 'We need to change.' They're saying 'It's going to change.' I want to make sure that they're being taken care of and they get the support they need. And we'll be right beside them."

Much like Pulse survivors and victims' families, the Parkland students have been attacked by online conspiracy theorists as "crisis actors." Mpire says he and many of his survivor friends are being harassed to this day by online trolls 20 months after the Pulse shooting.

"No ones messes with my family," Mpire says. "Now that these kids are going to fight for gun laws, I realized I can't let this happen again. … Do we need to let everyone in our country go through a mass shooting so that way we can finally fight this together? No! We need to stop it now!"