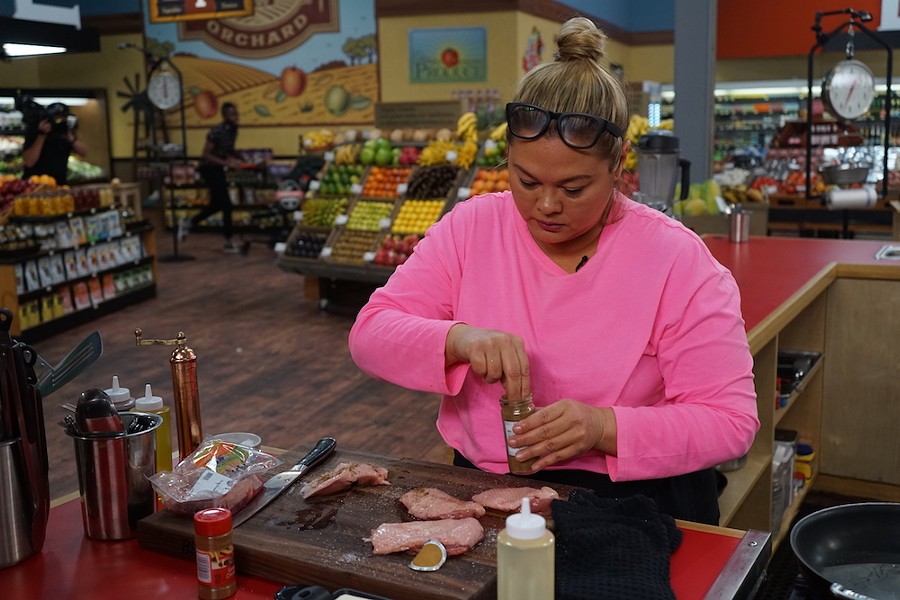 Did you know Guy Fieri has a game show on Food Network? No one in our office did, but we're paying attention now, because we just learned our very own Pom Moongauklang is competing on Guy's Grocery Games.

Pom, mistress of the much-beloved Pom Pom's Teahouse and Sandwicheria, has serious kitchen chops, having grown up in the restaurant business and worked around the country before moving back to Orlando to open Pom Pom's and Tako Cheena. Aptly, she'll be competing in the "Sandwich Showdown" episode of Guy's Grocery Games on Food Network, airing 8 p.m. Sunday, March 11.

In this episode, Fieri has invited four "top sandwich makers" to Flavortown to see who can deliver under pressure. As broken down for us by a Food Network rep, "First, Guy tasks the chefs with making their signature sandwich using only six pounds of ingredients. Next, Guy asks them to make an outside-the-box sandwich using some twisted bread and cheese substitutes that force the judges to make a tough decision. The surprise ending will go down as a first in GGG history!"

Judges on the episode are Zane Caplansky ("Toronto's deli king"), Rocco DiSpirito (celeb chef/cookbook author/healthy eater) and Damaris Phillips (winner of Food Network Star and host of Southern at Heart), plus the flame-shirted one himself.