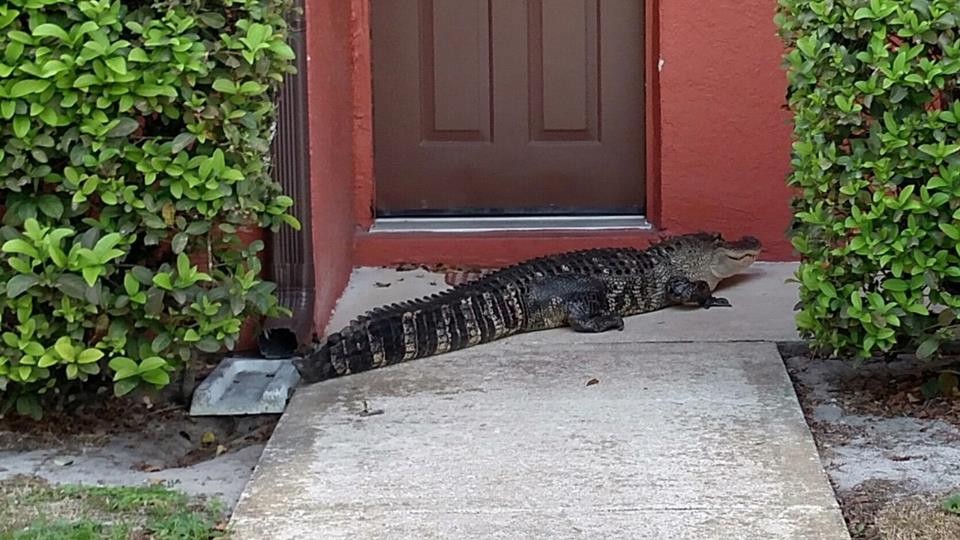 Police were called to a Cocoa Beach apartment complex where residents were trapped in their home because of a 9-foot-long alligator.

Officers with the Cocoa Police Department were called to the apartment around 3:30 p.m. on Monday after neighbors reported seeing the gator chilling around the complex, said CPD in a Facebook post.

Authorities contracted a trapper, who arrived about 20 minutes later and safely removed the gator from the premises.

Since this particular gator is over 4 feet in length, it is what's considered by the Florida Fish and Wildlife Conservation Commission a "nuisance gator." These types of gators unfortunately are almost never "relocated" and are more than likely sent to the deep fryer.