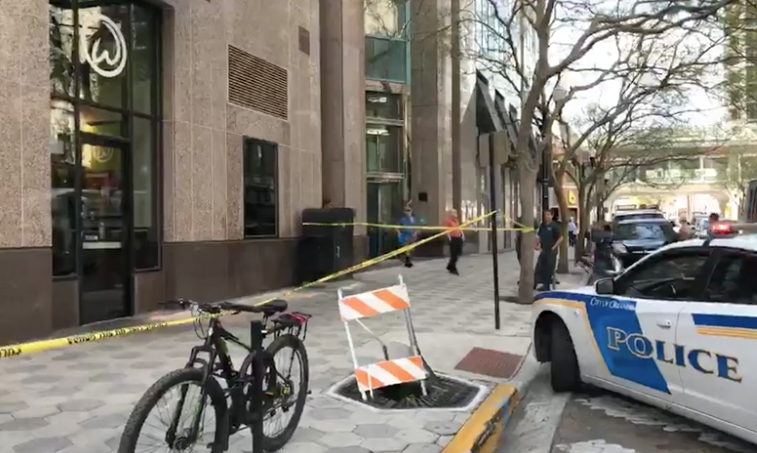 The suspect’s name has not yet been released. At a press conference following the incident, Orlando Police Deputy Chief Eric Smith said the suspect had a domestic violence injunction filed against him by one of the restaurant’s employees.

The suspect entered the restaurant around 11 a.m., not long after its opening, Smith said. Customers and restaurant employees called 911 and followed the suspect after he left the establishment. Officers caught up with the man at Hughey Ave. and told him to drop his weapon. The suspect failed to do so and officers discharged their weapons, Smith said.

It is still unclear how many shots were fired by officers and if the suspect fired any shots prior to or in return. Smith told reporters that no body cam footage is currently available.

The suspect died shortly after at the Orlando Regional Medical Center.

No other injuries were reported.