While delivering his annual address to the country's Federal Assembly today, Russian Prime Minister Vladimir Putin showed off some fancy new weaponry by displaying an animated video of a nuclear strike on the United States, specifically Florida, or to be even more exact – the site of President Trump’s private golf club.

"Any use of nuclear weapons against Russia or its allies, any kind of attack, will be regarded as a nuclear attack against Russia and in response we will take action instantaneously no matter what the consequences are," said Putin. "Nobody should have any doubt about that."

The video shows a brief, but ridiculously unsubtle, animation of multiple strikes headed for South Florida. 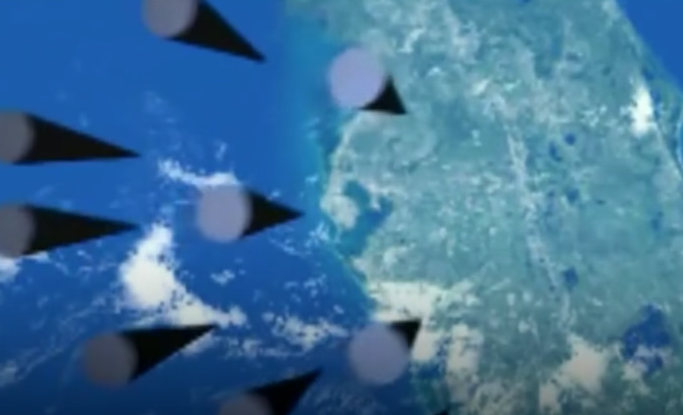 Putin says his new weapons, which haven't been named and are a direct response to the U.S. withdrawing from the ABM Treaty in 2002, make NATO's U.S.-led missile defense "useless" because they don't rely on ballistic trajectory and will create an end to what he described as Western efforts to stymie Russia's development.

"With the new system, there is no limitation," said Putin. "As you can see from this video, it can attack any target through the North Pole or via the South Pole. No missile defense system will be able to withstand it."

You can watch his full speech on the state-owned RT channel here: