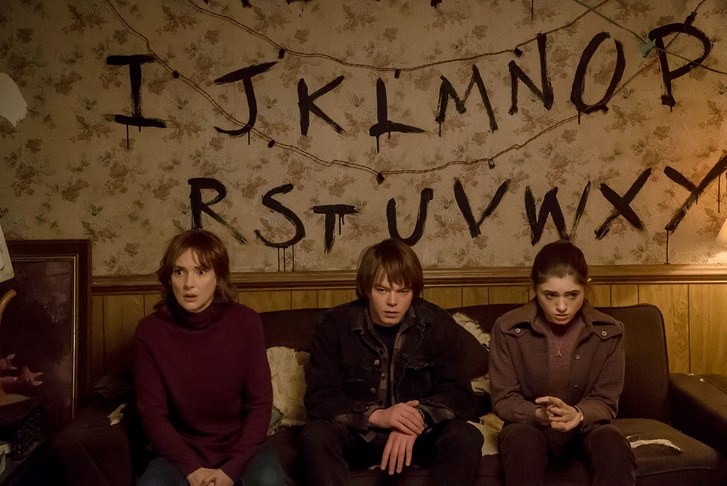 past yet, as this past weekend’s chilly weather reminded us, but Halloween plans are well underway at the area’s theme parks, including plans for Halloween Horror Nights.

The annual special event began in 1991 and is now the largest Halloween event in the nation, attracting tens of thousands of horror fans. This year’s event will bring to life more iconic horror films and television shows.

By far the most talked-about property for this year’s event is the Netflix hit show Stranger Things. Season Three of the Duffer Brothers series has been confirmed to be in the works, though an exact date has yet to be announced. Studios often use HHN as a way to promote films that are released around the same time. It’s expected that the series will be central in marketing for this year’s event, as well, which typically ramps up by August.

The next most likely candidate for this year’s event is the classic horror-suspense film John Carpenter's The Thing. First featured in 2007, The Thing returned in 2011 with a house based on the update of the horror film that was released that same year.

Rumblings of the return of The Thing heated up recently when the official Facebook page for Universal Orlando Resort "liked" the official Facebook page for the John Carpenter film. It’s the only horror film liked and only one of three films liked by the Universal Orlando page; the other two are Harry Potter movies and a Brazilian film that was partially filmed at the resort.

Universal is known for dropping hints about upcoming Horror Nights houses, so the rare "like" by the Facebook page seems to be an obvious hint of some sort.

Beyond those two horror franchises, there’s a number of different possible properties rumored for the event. The 2007 cult classic Trick 'r Treat is rumored to be returning this year, possibly as a maze. Last year one of the most popular scare zones at HHN was based on the film.

American Horror Story might return again this year with a maze. Rumors point to it being themed to the seventh season, Cult. Other rumors point to Season Two, Asylum, returning and being the focus of this year’s maze. It would be the third year that American Horror Story has been featured at HHN Orlando, but the first for the series where the maze would be focused on a single season. In 2016 the maze featured Seasons One, Four and Five, then in 2017 they focused on Seasons Two, Three and Six.

Also rumored to be returning this year is a maze inspired by one or more Blumhouse films, possibly their upcoming Halloween sequel.

The 2017 remake of IT was rumored last year, and those rumors are still strong. IT 2 is currently in the works and will be released next year. Nightmare on Elm Street is also rumored though probably not as strongly rumored as other properties.

Altogether, this year is expected to have nine mazes, seven of them based on known franchises and the other two original concepts. One of the original concepts is rumored to be a house filled with classic Universal monsters.

Other original concepts rumored include a space station-themed maze and one based on the legend of the will o' the wisps, mysterious lights similar to sirens that pulled travelers to them. A 10th maze is also rumored, though the details on this maze are still very much in flux.

We can also expect to see multiple scare zones with at least one being an original concept, while the majority will be based on intellectual properties.

The most significant mystery that has yet to be answered is what Universal plans to offer for its live entertainment. The longest running feature of HHN was Bill and Ted’s annual pop-culture tour de force. Universal confirmed last year that it would be the final year for the duo.

One possible replacement is a show hosted by Saturday Night Live character David S. Pumpkins, originally played by Tom Hanks. Last year NBC aired the animated The David S. Pumpkins Halloween Special and the network is rumored to be looking to cash in on the breakout hit character

Universal Orlando recently posted the September hours for Universal Studios Florida, giving us our first indication of what the dates for this year’s event might be. Unlike Disney, where Mickey’s Not So Scary Halloween parties now begin in mid-August, Universal looks to be keeping their opening in September, despite the ever-growing crowds.

Starting Friday, Sept. 14, the park starts closing at 5 p.m. every weekend. This is likely the first date for HHN with the 6 p.m. closing the weekend before being the preview of the event. Like previous years, this year’s event is believed to run through the weekend after Halloween.

With just over six months until the expected opening, we won’t have to wait long before details on this year’s event began being shared by Universal. The first announcements are expected before the end of April, and thankfully, this year, most rumors point to zero zombies.