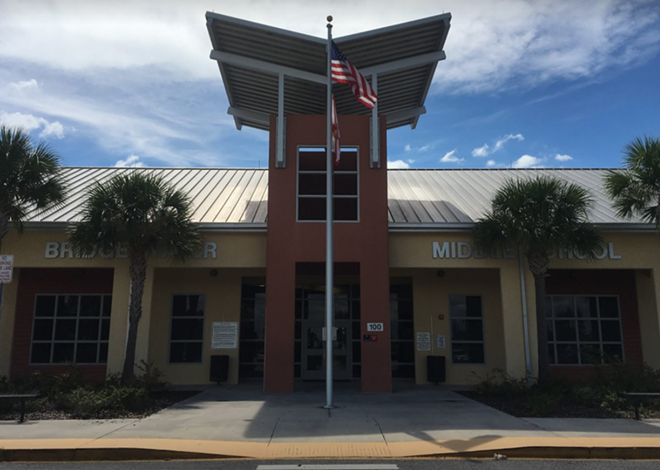 Parents at Bridgewater Middle School are reportedly pissed about how freely one of their children’s teachers speaks of her prejudice on social media.

According to reports, Sundai Brown, a 51-year-old social studies teacher at the middle school, has taught at the school district since 2010, and according to her LinkedIn profile, she's an adjunct professor at Valencia College as well.

In 2017, as has been made clear via screenshots of her posts, Brown tweeted, “Imams worldwide instruct muslims to invade western countries, outbreed them, overthrow governments, kill infidels and implement sharia law.”

Another screenshot shows she retweeted, “If you think Hurricane Irma is bad, wait till you get a load of Hurricane Allah.”

.@OCPSnews: .@Sundai_Brown retweeted: "If you think Hurricane Irma is bad, wait till you get a load of Hurricane Allah. We have to stop Islam, or say goodbye to civilisation." https://t.co/m45GJN2YdX pic.twitter.com/KP3QOXjbFN


She also retweeted an anti-Muslim post by Identify Evropa, a white supremacist group that aims to create a white ethno-state.

On Tuesday night, following heightened interest from local news media, the middle school’s principal, Andrew Jackson, sent out a short telephone message to parents. After reportedly assuring parents that the posts were from last year, he added, “We addressed these concerns with the teacher at the time.”

Jackson reportedly continued: “The school district does not condone or interfere in social media posts of employees unless there is a violation of the professional code of ethics.”