The 'hairkini' has finally made it to spring break in Florida 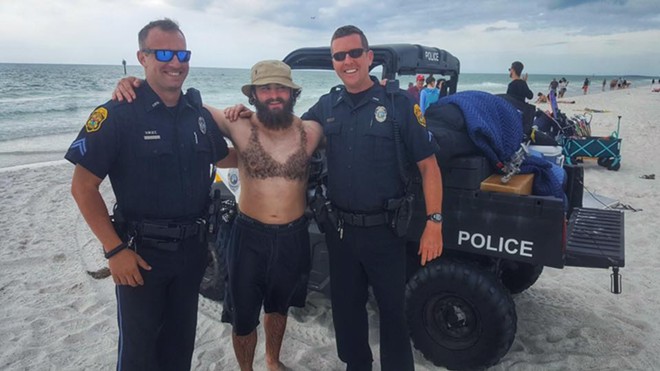 Forget the regular bikini; the "hairkini" is now king of spring break.

Clearwater Police Department posted a photo on Facebook Wednesday morning of a Pennsylvania man rocking a hair bikini, or "hairkini."

According to the officers the unidentified man was rocking his DIY bikini in order to "bring smiles to the faces of many."

Hairkinis have been around for a few years, with the first documented cases on  social media dating back to 2014.

Orlando Sentinel reported a record-breaking estimate of 88.2 million tourists coming to the Sunshine State in the first nine months of 2017, showing a 3 percent increase from 2016.