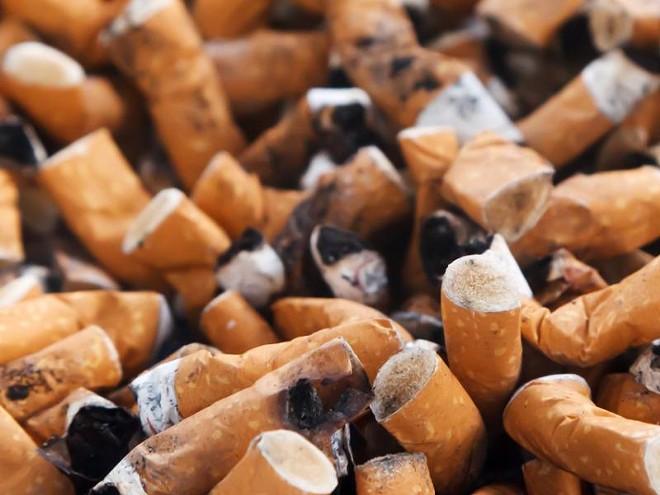 Florida’s smoking rates may have dropped, but the need continues for an anti-smoking campaign —- making ill-advised a proposed constitutional amendment that would divert money from advertising to cancer research, a group of health advocates warned Wednesday.

The American Cancer Society's Cancer Action Network, the American Heart Association and The American Lung Association have come together under the “Protect Tobacco Free Florida” moniker to try to beat back a proposal being considered by the state Constitution Revision Commission.

The proposed constitutional amendment would eliminate a decade-old requirement that the state set aside 30 percent of overall tobacco education and prevention funding for an edgy advertising and marketing campaign that currently receives $23 million a year. The money comes from a 1997 multibillion-dollar legal settlement with the tobacco industry.

The group held a media availability Wednesday and was joined by former Florida Attorney General Bob Butterworth, who helped negotiate the landmark settlement, and by a former Centers for Disease Control & Prevention official, to oppose the proposed amendment, sponsored by Constitution Revision Commission member Jeanette Nunez, a state House member from Miami.

“Cancer research is incredibly important,” said Heather Youmans, a spokeswoman for Protect Tobacco Free Florida. “However, while we support additional dollars for cancer research, it should not come at the expense of efforts to prevent cancer.”

During a December meeting of one of the commission’s committees, Nunez pointed to a connection between prevention and research.

The Protect Tobacco Free Florida group contends that the tobacco industry spends $558.8 million per year marketing its products in Florida, outspending the state’s anti-tobacco program by a 24:1 ratio.

It's not clear if the proposal will be placed on the November ballot. The commission is a 37-member body that meets every 20 years to consider and recommend changes to the Florida Constitution. At least 22 members of the commission must approve placing amendments before voters. Amendments then would need to get 60 percent support from voters to pass.

Youmans said the group wants to kill the proposal and prevent it from going on the ballot, where it could be “bundled” with other proposals and placed in one amendment for voter consideration.

Redirecting funding away from tobacco prevention could increase health care costs, with estimates from $1.9 billion over the next 10 years to as high as $21.4 billion, a state analysis shows.

The anti-smoking initiative has been a success, according to the Florida Department of Health. In 2006, the adult smoking rate was 21 percent, and in 2015 it was 15.8 percent, the lowest it has ever been. Fewer young people have started smoking since the Tobacco Free Florida program was created. The youth smoking rate has decreased from 10.6 percent in 2006 to 3 percent in 2016.

Perchacek, former deputy director for research translation at the Centers for Disease Control’s Office on Smoking and Health, said the state can “spend the money on this program now and spend it well or pay higher health care costs later.”

Perchacek said anti-smoking campaigns like Florida’s continue to be necessary because “every year, another group of young adults is exposed regularly to tobacco marketing. Anybody who has a youth becoming a teenager knows they are vulnerable.”