Orlando's affordable housing crisis is about to implode 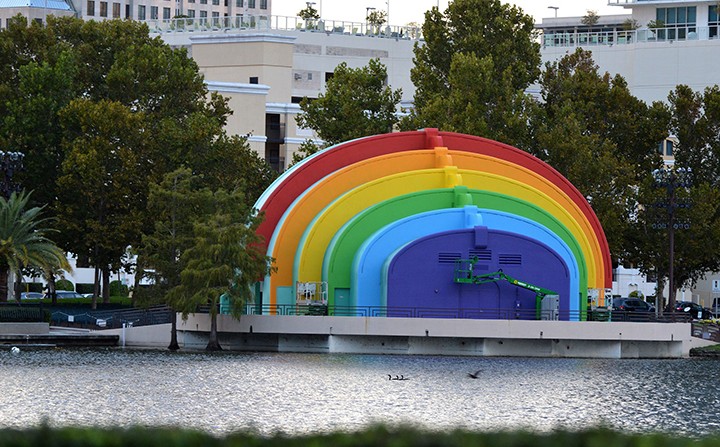 Back in December, Florida Gov. Rick Scott touted that Orlando leads the state in job growth, which is certainly something to be proud of. But Orlando doesn't have a job shortage – it has a shortage of well-paying jobs and places for these people to live.

According to the National Low Income Housing Coalition’s annual report, the Orlando-Kissimmee-Sanford area currently ties for second worst in the country for available affordable housing, offering only 17 available and affordable units per 100 renters.

While the Orlando area tied with Los Angeles, the only other major metropolitan area with a worse affordable housing rate is Las Vegas.

This year, Florida's minimum wage went up 15 whole cents to $8.25 an hour, which is an empty gesture at best. For some perspective, if you worked a 40-hour week at this rate, your annual income would be $17,160 before taxes, which is well below the federal poverty level of $24,250 for a multi-family household.

A 2016 study from the Harvard Joint Center for Housing found that 45 percent of Orlando's population are renters with a median income of $35,000. This gives them a midpoint rent price of $1,000, which means that most Orlando residents spend the majority of their paychecks on housing.

This is called being "rent burdened."

The bottom line is Orlando is building plenty of new units, just not any its citizens can afford. From 2005 to 2015, the number of homes renting for $2,000 or more per month increased by 97 percent, while the number renting for less than $800 declined by 2 percent, according a 2017 report from the Joint Center for Housing Studies.

Without public subsidies, private developers have no reason to build affordable homes aimed at extremely low income renters, because the amount they can pay doesn't cover the costs of development and operating expenses.

As Mark Baratelli from The Daily City points out, "The city can require low income housing as a cost of doing business here for developers. It does, but the developer is allowed to skip it and just pay a penalty."

This issue also isn't a priority for our federal government.

"Federal funding for key HUD programs that assist low income renters has not kept pace with the nation’s needs. The Budget Control Act of 2011 imposed severe caps on federal discretionary spending that have since placed significant downward pressure on funding for these programs," the NLIHC report states.

In other words, thanks to inaction on local and federal levels, Orlando's affordable housing crisis is about to get a lot worse before it gets any better.