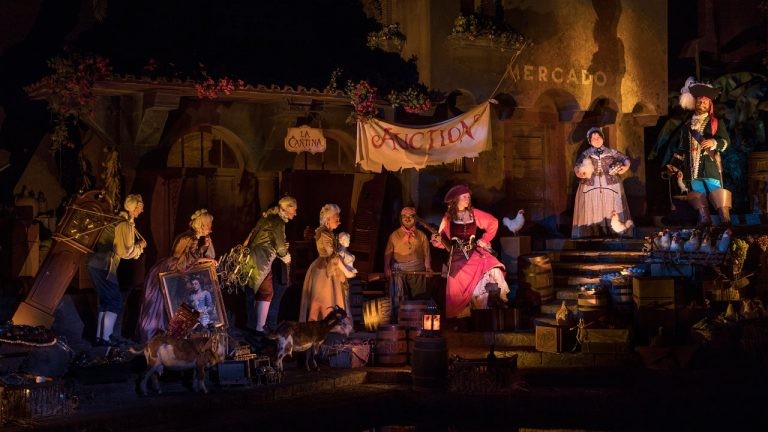 A reworked Pirates of the Caribbean ride opens today, March 19, at Magic Kingdom Park with a new scene featuring the infamous redhead.

Guests will get to experience a newer version of the attraction's auction scene, which was first introduced last summer.

Instead of the bridal auction scene (with its creepy shades of human trafficking), this updated version of the ride now spotlights the familiar redhead as she oversees the sale of the townspeople's most prized possessions and goods. In this scene, the Redhead is now a spunky pirate named Redd.


This isn't the only Pirates of the Caribbean ride getting a makeover.

A revised auction scene for the attraction at Disneyland Paris debuted last year. Disneyland will receive similar updates to its Pirates of the Caribbean attraction later this spring, with work set to begin April 23, according to Disney.

The Gist Disney Pirates of the Caribbean Magic Kingdom