So uh, what's going on with that giant dong in the middle of Disney's new Avengers poster?

Yesterday, to celebrate the addition of new Marvel-themed areas at various Disney properties, the company released a series of posters featuring your favorite heroes and one massive, skyscraper-sized wiener.

If you look closely you'll notice that prominently displayed in the middle of the Hong Kong Disneyland poster is the dong in question. It's not even hidden, it's just there ... at full mast ... with a shiny domed tip.

I love the Avengers. What I love even more is classic subliminal @Disney and the penis drawn in the middle of the A, disguised as a building. pic.twitter.com/uTUySnU7XW

At first glance, the penis-shaped building could be mistaken as the Stark Tower from the most recent Marvel Universe films. However, when compared to images of Tony Stark's headquarters, there's just no way these are the same two buildings. 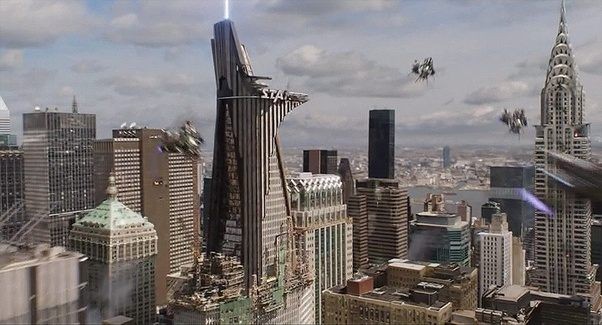 The only plausible explanation for the Avengers Appendage is that it's most likely a building U.S. Marvel fans have never seen. The Stark Tower featured in the Iron Man Experience at Hong Kong Disneyland is a completely different building and also shaped like a giant veiny monster.

This is probably our culprit.

Or, I'm not opposed to just assuming it's another example of a non-sensical penis, which is something often found in Disney animation. Both are good theories.